Food poisoning is a serious issue, nothing to trifle with. The Center for Disease Control and Prevention (CDC) reports that 48 million people suffer from some form of food poisoning each year. This is around one in six Americans. Poisoning rates differ, with about 128,000 in need of hospitalization. Roughly 3,000 of those die.

Yet, still, food poisoning is not really poisoning. Rather, it is the term we use when it comes to foodborne illness. There really would have to be some sort of toxic contaminants in the food for it to be poisoning. But that is not so. Instead, the food poisoning is caused by bacteria being carried in the food. Salmonella, and norovirus in particular.

Ninety-one percent of all food-borne illness is caused by:

These pathogens are why proper cleaning and cooking of food is so important. Unwashed vegetables or undercooked meats may be carriers of these bacteria and viruses. Cooking or even pasteurizing the food, however, destroys certain pathogens, making eating safe. The problem comes when this isn’t done properly, particularly when the food’s core temperature isn’t getting hot enough to destroy the bacteria.

Thanks to a French scientist from the 19th century, named Louis Pasteur, we know all bacteria can be destroyed by increasing the temperature to 158 ° F (70 ° C) Therefore, the pasteurization process, like milk, in which food is elevated to 160 ° F (71 ° C); hot enough to destroy the bacteria but not hot enough to cook it. For the same reason, meats are typically cooked at a minimum internal temperature of 165 ° F (74 ° C).

When You’ve Got Food Poisoning

Food poisoning is slowly taking place, behaving more like a “bug” or flu in the stomach. In fact, it is sometimes mistaken for any of these diseases. Mostly because the symptoms are going to be about the same:

So, how do you know when food poisoning is occurring and when it’s something else? You just don’t. But that’s not really a problem, as you basically have to deal with it regardless of whether it’s food-borne disease or some other kind of illness. Since almost all illness is caused by bacteria and viruses, the treatment for foodborne disease, mosquito borne disease, or airborne disease is almost the same.

You can also use natural remedies to treat food poisoning on your own, which I will show you in a minute. You should see a doctor when you have serious symptoms, such as:

As I said, unless your case of food poisoning becomes worst, you can handle it at home. Because this is simply a bacterial or viral infection, the treatment of any other illness, such as cold or flu, isn’t always any different. That means either killing or flushing the pathogen (virus or bacteria) out of your body.

Be sure to keep hydrated when handling every food poisoning situation. It’s not the infection itself that kills in many situations but the dehydration it induces. Diarrhea flushes out large quantities of water from the body, making one that is prone to dehydration. That could kill. Use drinking water, sports drinks, clear sodas, decaffeinated tea and chicken broth to replenish your body’s hydration Don’t think about drinking too much, much as every excess in the body will naturally flush.

Using Jell-O as a Treatment for Food Poisoning 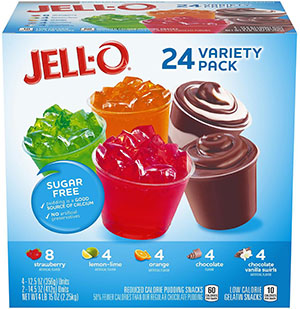 In many cases, common foods can be used for treating food poisoning. That is the case for gelatin, most often marketed under the trade name “Jell-O.” That works as it absorbs the disease-causing bacteria, which helps the body to kill them.

To use Jell-O as a remedy, begin by making Jell-O hot liquid. The recipe typically calls for this as the first step in preparing this food before cooling, followed by mixing it with cold water. We will skip the second stage and just chill the hot Jell-O before we drink it as a liquid.

Bring 1 cup of clean, drinking water to a boil. The water needs to be hot so that the Jell-O dissolves absolutely. It would end up becoming a super-saturated solution, and if the water is not brought up to boiling temperature the Jell-O won’t dissolve completely.

Mix in a tiny Jell-O jar, or a generic gelatin mixture. Remove until the powder fully dissolves.

Switch off heat and refrigerate the Jell-O liquid until it gets back to room temperature. You may use an ice bath to make it cool down quicker. Then it is ready to drink. Drink the entire cup, and repeat treatments as needed. 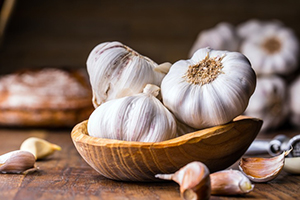 Garlic has amazing medicinal properties, incorporating all-in-one antibacterial, antiviral and antifungal components. This makes it one of the items in our herbal medicine cabinet that we can all keep on hand. Cooking with a lot of garlic is also a safe way to protect your well-being, because it helps keep your body free of any unwanted pathogens.

You may want to eat the garlic immediately in the event of food poisoning. You can either suck entire cloves, or you can eat sticky garlic. In any case, the garlic’s antibacterial and antiviral properties can target the pathogens that directly cause the food poisoning. 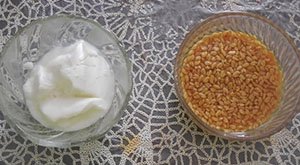 Fenugreek seeds are a common natural remedy in Europe, but are hard to find even in health food stores here. But, at Wal-Mart I managed to find it powdered and encapsulated. This can be taken directly, or combined and eaten with yogurt.

Although it is clear that fenugreek possesses many beneficial medicinal properties and is a health aid, little is understood about the particular ways it benefits. Among those identified are increased breast milk production in women, and the production of testosterone in men. For decades, it was a part of Chinese medicine.

Yogurt has proven antibacterial properties, and supplies the digestive system with healthy bacteria. The right ratio is one teaspoon of fenugreek to one tablespoon of yogurt when the two are used together. This should offer near-instant relief from stomach pain and vomiting.

For centuries, ginger has been used for its medicinal properties which include helping to absorb essential nutrients. In this situation, we are most interested in how it works to offer relief from the effects of food poisoning as a treatment for nausea and vomiting.

The combination of the ginger and honey allows for a good medicine. Honey is a potent antibacterial and antifungal (although it doesn’t act as an antiviral), much like garlic. While the two can be taken together through mixing them, they are most commonly used in tea, making them more palatable.