Back before we had a really good grip on what’s going on in the human body, some remedies by today’s standards were a little off the wall at best and at their worst could be quite harmful.

However, some of those cures were actually effective, however crazy they may seem compared with Western medicine. Here, we’re going to go through a few treatments that sound like crazy from the past but actually work quite well. Some of them still find new place in modern medicine.

These creepy, slimy little suckers of blood make most people squirm totally. Whether it’s the idea that they manage to latch on without you even noticing while you’re in the water, their slug-like appearance, or their parasitic tendencies, most people avoid leeches at all cost.

We know that given their gross-out factor, they have a place in our ecosystems, but it turns out they might have a place in the operating room too. Past doctors used leeches to “take poor blood out” and they weren’t always too far off target. 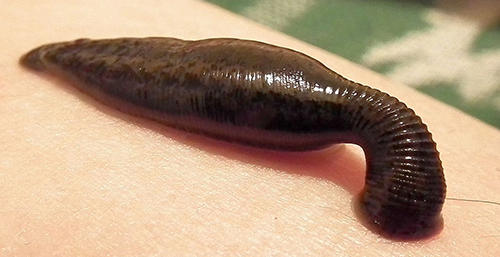 Today, leeches are used to reassemble small body parts such as fingers and toes in surgeries. The slippery little creatures extract blood that collects in tiny veins and cause certain forms of surgery to fail. Their bite often transmits an anticoagulant that is highly powerful and has antiseptic properties. It prevents the blood flowing so that tissues that are re-attached can remain healthy. Modern techniques haven’t effectively recreated their capabilities.

Seen by many today as an illicit drug, owing to plant prohibition in much of the developed world, marijuana probably appears as an absurd addition to modern medicine. However, in several states, medical marijuana is now legal, and in a few states adult use of this ‘drug’ is legal.

It was used for several conditions in old-time treatments, including respiratory problems and “fits.” Today, this medication is being transformed into modern medical treatments for various conditions. A marijuana-based medicine for epilepsy is being approved by the FDA.

Sugar, both pure white sugar and honey, has wound-healing properties that drug companies have been trying to synthesize. This was used for such purposes for literally thousands of years to great effect.

The most common use of this technique – wounds are covered with sugar or honey. Sometimes, even the deep wounds or puncture wounds are filled with sugar and then bandaged over with the sweet substance left to do their job. Using clean water, wounds are washed out several times a day and rebandaged. Sometimes, sugar is combined with an iodine solution to help in wound disinfection.

The sugar absorbs moisture from the wounds, likely transforming to a consistency of syrup. This has an antiseptic and antibacterial effect that helps wounds get clean and stay clean. Sugar also tends to shape healthy tissue and doctors find healthier, pinker granulated tissue when used to dress wounds. During dressing changes, it is easy to wash away the sugar residue, because it dissolves quickly in water.

There are people out there who use duct tape for almost anything, so it’s probably no surprise to those people that it has some successful uses in medicine as well. Duct tape may be used to hack oxygen into warts in essence, kill the virus that causes them and cure the wart. The wart is easily wrapped in duct tape and left for a few days. The wart will slough off and ideally, the infection is eradicated to prevent a new one from developing.

The slime found on Arius bilineatis’ skin, a form of saltwater catfish found in the waters around the Arabian peninsula, has been shown to be an effective way to stop bleeding in cuttings. It displays powerful coagulant properties and it has also been demonstrated to improve and accelerate healing.

Researchers have found more than 60 proteins in testing the slime that are useful for healing wounds. The substances help to trigger the natural healing behavior of the body, resulting in cuts which heal many days faster than they would if left to heal on their own.

Another remedy with real ick factor – maggots were once widely used in medicine to clean dangerous wounds and in recent years, their use in a medical environment has made a comeback. In modern hospital settings, you will now find maggots at work, cleaning wounds where antibiotics have failed, and help healthy tissue thrive so the wound can heal.

Maggots debride wounds – removing desiccated and infected tissue without affecting the surrounding healthy tissue. They are also used in especially harsh ways to penetrate wounds, because the fly larvae do less harm to the tissue around the wound than would have been done by surgery, and often with more comprehensive results. 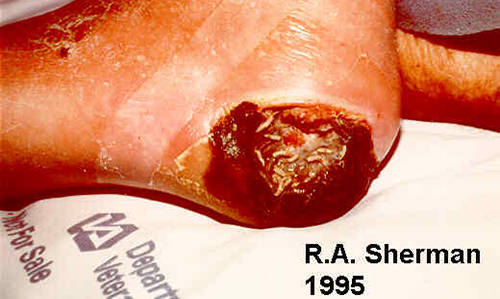 Treatment with maggots consists of the introduction of hundreds of live maggots into an open wound. To hold the larval flies inside, a bandage is put over the wound and they’re left there for a few days. The maggots are then removed and care may be repeated later to continue removing tissue that is dead and contagious.

This is exactly what it sounds like and it has been used for centuries in Eastern Medicine. Doctors took fecal matter from a healthy person to treat infection, and fed it to a sick person. Today an updated, less gross version of this procedure is used to treat the widespread C-Diff infection or Clostridium difficile infection.

A healthy person’s stool is placed directly into the infected person’s colon to restore balance to the gut microbiome, crowding out bad bugs with good ones. It works remarkably well. C-Diff infections are sometimes cured within days.

There are plenty of natural cures out there that aren’t used in modern medicine, generally because treatments can’t be made uniform due to the less-than-precise nature of plants and animal compounds that could have a real place in medicine. It’s important that we remember that many modern drugs have their origins in the synthesis of natural cures of days gone by.

However, each year more and more of those treatments are being researched critically. As time goes on, hopefully, medical science will find a way to make these procedures more reliable, so they match in with the scientific, exact model of American medicine. From them, we may have less expensive, less harmful, and more effective medicinal products.