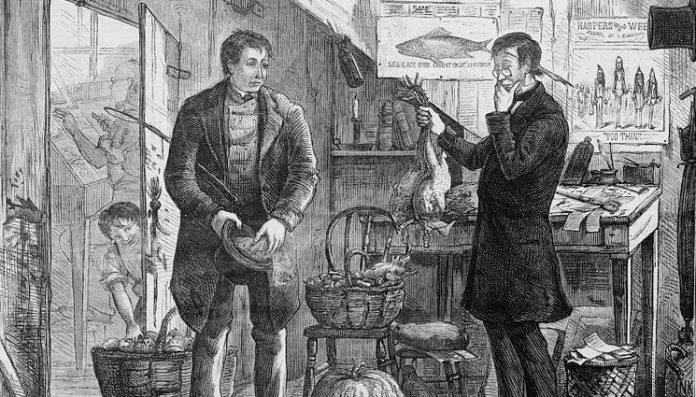 Bartering is the key. This will be the solution to all our problems when the grid goes down and society devolves back to somewhere around the early 1900s, or at least that is what everyone in the prepping community would have you believe. Everyone that is except for the 10% who are anxiously awaiting the collapse, so they can finally live out their lawless fantasies to their fullest.

Bartering, in theory, makes perfect sense. It is at its core, trading services or goods for other services or goods. An agreement between two people to exchange one thing for another. The assumption is that two people would have an honest contract implicit in nothing more than a firm handshake or “you have my word” statement. This will work for most people as I believe that most people are good and honest. However, some people are not honest and forthright and those are who you will need to be aware of when the subject of bartering comes up. Bartering has its good points and its bad so today we will discuss the pros and cons of bartering as it relates to preppers. 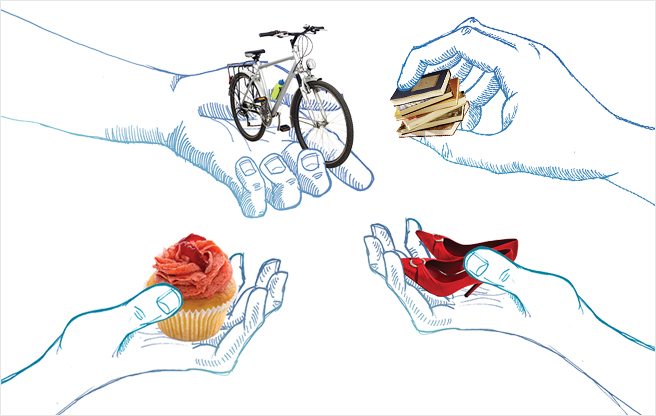 Bartering isn’t new. It has been used as a form of commerce since the dawn of time. Before there was money, everyone bartered. If you had chickens and eggs, you may barter with the blacksmith to fix your wagon wheel. The number of eggs or chickens that equaled the work of fixing the wagon wheel was agreed upon by you and the blacksmith and the exchange occurred. Bartering isn’t something that has disappeared out of time either. I know of many stories of people bartering today. Venison in trade for making jerky; canned preserves for small chores. Bartering happens every day even now, so why shouldn’t it continue in earnest when the grid goes down?

I do believe if we have an economic collapse, we will see a huge resurgence of bartering, but for bartering to work, you must have something to trade. What if you have nothing to barter with? No goods or supplies to trade? You can trade your labor, or I fear some will trade their bodies. This will only go so far until people get desperate and then the simple act of bartering could turn deadly if you aren’t careful.

OK, at this point you may be thinking I am trying to scare everyone out there, and this is not true. I am only trying to suggest that bartering may not be the perfect doe-eyed solution you have been thinking it was. At the very least, each situation must be considered on its own (as will so much else when the grid goes down) and with respect to the possible risks associated. Your value of a good or service will almost always be different from what someone else thinks and tempers could flare.

Before I discuss the risks, let’s talk about potential bartering items. This list is something every prepper must read and use as a guide in making your decisions about what tangible items you should consider purchasing.

Popular items that you can purchase to use for Barter later if the SHTF.

There are tons of other items I could think of to add to this list, but you get the idea. The common theme for Barter items in this list would be relatively minor household items that can make your life easier or make what you have last longer. This doesn’t go into the services side of things as that could be limitless and I don’t think we mentioned toilet paper either, but we have our idea of items.

So how could Bartering be risky? There are a couple of scenarios I can envision bartering in the future if things get bad. The first scenario was demonstrated in the books Alas Babylon and Patriots, (Two excellent books by the way) of a market type of event where everyone in the town comes to a central location to trade what they have in hopes of securing items they want. The second scenario is that someone you know or don’t know approaches you and inquires about trading something as barter. Work or goods they have for something you have they want.

The risk could come with the transaction itself. The first type of scenario would seem to offer the most protection of the transaction. You would be in a public area, presumably with lots of other people and the likelihood that you would be robbed should be lower. The risk that I see is that you are taking goods you have and showing everyone what you have in order to make a trade. Perhaps someone sees that you have a nice bottle of scotch that you are looking to trade for some .45 caliber ammunition. Actually, I think you wouldn’t be able to buy too many rounds with a good bottle of Scotch if the S ever really HTF but I digress. The bad guy sees the scotch but doesn’t have any ammunition. Actually, they may be jonesing so bad for a drink now because they are an alcoholic and have nothing to trade at all,  but now they know YOU have a bottle of Scotch. Maybe they know where you live, or follow you back home after you leave to try to take the Scotch and anything else you may have. Bartering in this type of setting seems to go against good OPSEC practices.

The second type of scenario is far more likely to end badly if the person on the other end of the transaction has evil intent. They may be right there in your house, looking around and spy other items they want. They may decide at that time to take more than they need or that you and they agreed to. Without some thought and precaution, things may end up badly for someone. Hopefully not you.

Related: 50 High Value Items To Stockpile For When SHTF

How to mitigate risks

Now that everyone is thinking about how your neighbor is going to kill you for a cup of sugar let me explain some simple practices you can use to keep yourself safe.

Never let them see where you have your supplies – If you have a stocked pantry full of cans of food, freeze-dried stores and tons of hard red winter wheat, keep this out of sight. This probably should apply now as well as if the grid goes down or we have an emergency. In survival situations, people can become desperate and if they know you have something they need, eventually, they will start thinking about how to separate the thing from you.

Never take everything you want to trade at one time – If you have the Patriot’s type of market where someone is trying to trade their Corvette for any kind of handgun, don’t take all of your spare guns with you. If I had extra handguns that I would be willing to trade, I would shop first and discuss the trade with the person interested. Once a deal was struck, I would arrange to meet them at some other time and place with the rest of the guns. This approach has risks too but may mitigate risks from someone trying to take your guns from you there.

Always conduct the transaction away from your supplies – Do not invite strangers or even friends into your house if they are asking for supplies. Some of this may fall into the charity topic, but if you are trading something for a cup of wheat berries let’s say. Don’t let them come into your pantry with you and see you scooping from a big 50lb. bag of wheat. Ask them to wait and then you will come back with the wheat. Optionally, you can tell them you will bring it right over and that way they may not even know where in the house you are keeping it. Some of this may seem over the top but use your best judgment.

These are just some thoughts on bartering but I would love to hear your ideas also.