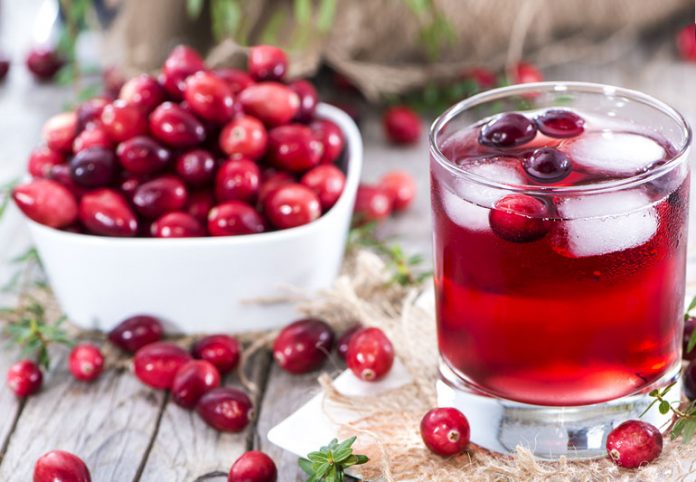 Before the 1920s, when penicillin was first discovered by Alexander Fleming, western medicine had no effective treatment for infection. Anything as simple as scraping or cutting may lead to an infection of the blood (sepsis) and to death. Since Fleming’s discovery and with further advances in antibiotic work, we have been able to produce drugs which treat different types of bacteria. Lives around the world have been spared since.

In the process, information was lost regarding natural remedies. Now, we see synthetic antibiotics having a darker side. Overuse and improper use of antibiotics has resulted in bacterial resistance. Over the past century, the antibiotics on which we relied are becoming less effective against infections or all together, losing their potency. The bacterial resistance range is extreme. We now have “super bugs” which have become immune to all of the antibiotics we have available. Infections which we have been able to cure for a long time now threaten life again.

Science today has little to offer when it comes to establishing plant remedies as effective medicines. The immersion of “super bugs” and our systematic use of antibiotics have generated interest in herbal medicine and other “alternative” therapies. Much of the research being carried out aims at plant chemical constituents. The whole plant or part of the plant (leaves, flowers, roots) is less commonly studied. Likely, it is the entire plant or part of the plant, it is most effective and it causes the fewest side – effects.

Let’s talk about some of these plants and other remedies.

Goldenseal is a native North American plant. The production of goldenseal has decreased since processing of the plant in the United States. Across parts of the Blue Ridge Mountains, efforts are made to replenish the goldenseal surplus. 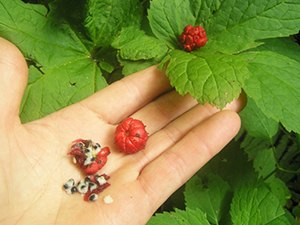 Goldenseal has been commonly used to treat skin infections caused by injuries such as cuts and scrapes. The most successful form is plant leaf extract. The extract is applied topically to skin which has been wounded. The leaf extract not only helps with skin and other soft tissue infections, it has also been shown to be beneficial against certain “super bugs.” Bacterial infections (such as MRSA-Stapholococcus aureus immune to methicillin) that we can no longer treat with antibiotics show susceptibility to goldenseal leaf extract.

Taking goldenseal by mouth has not shown anti-infection properties, but early testing is being done on non-infection conditions, including cancer. 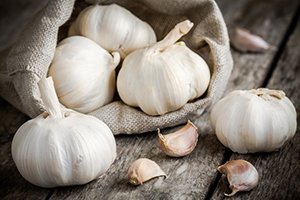 The garlic bulb common in cooking is also of medicinal value. Once exposed to soil, the antibacterial constituents of garlic are activated. To do this works crushing garlic bulbs. In the laboratory or “in vitro”, garlic has been shown to be successful against usually penicillin-responding bacteria, such as non-MRSA staph infections, the cause of many people infections. Garlic has not proven successful against “super bugs” like MRSA, but there is minimal testing.

Ginger has historically been used to treat coughs and asthma. Both the fresh juice of the ginger root and ginger root extract are used. Ginger has been used effectively to treat fungal; bacterial and viral infections. Scientific research shows that ginger has potential for use against “superbugs.”

Use boiled ginger root to treat coughs; colds; asthma and other respiratory infections – including pneumonia.  Storing ginger with the peel still on will help it keep longer. By putting it in a plastic bag; removing as much air from the bag as possible and keeping it in a cool place; you with extend its shelf life for several weeks. It can be frozen for longer periods of storage. 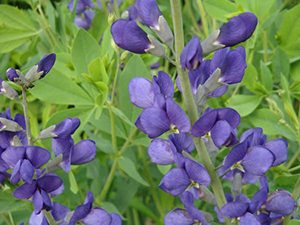 Herbs and other antimicrobial remedies – effective against bacteria, fungi and viruses – can be used to prevent disease, which is always preferable to having to treat disease.

The species Baptisia can be found along the United States East Coast from Maine to Louisiana. 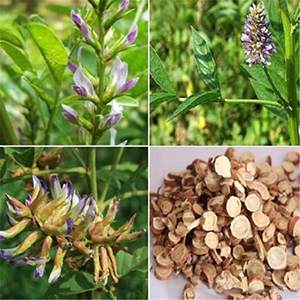 Licorice root has been found to have anti-inflammatory effects. It particularly works well in the respiratory system. Licorice is of particular benefit in the treatment of allergic and asthmatic disorders that cause airway irritation.

Inflammation is an integral part of the natural body response to most infections. While licorice may or may not be used as an antibiotic, it may be used to relieve symptoms in combination with antibiotic remedies and otherwise promote recovery from respiratory diseases.

cPregnant women should avoid licorice as in pregnancy, as it can be dangerous. Excessive use of licorice can elevate blood pressure. Consumption of large quantities of licorice can decrease potassium levels in the body, this can cause irregular heart rhythms. 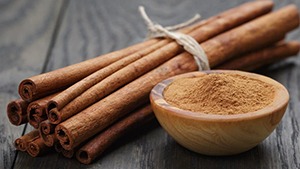 Cinnamon bark can be extracted in alcohol.We have the best knowledge to use in treating mouth and gum disorders for its effectiveness. Cinnamon extract may be used for treating gingivitis in toothpastes and mouthwashes, inflammation of the tongue, mouth irritation and infections, and oral ulcers.

Cinnamon oil is highly concentrated. Unlike cinnamon bark which is extracted in alcohol, it is too hard to use without dilution. It should be diluted before being used to a concentration of 2%. This is around one teaspoon of cinnamon oil per cup of water. This formulation should make the mouthwash effective, not alcoholic.

Being an antimicrobial, cinnamon can be used as a preservative in foods. Preventing bacteria from growing, it may increase food shelf-life.

Related: Top 8 Deadly Plants in the U.S. – That You Need To Avoid

7. Honey (produced by bees of the genus Apis) 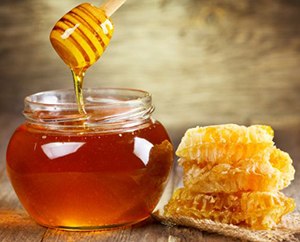 Honey is a magical, flexible, antibacterial cure. The raw honey can help to avoid infection and facilitate healing when used directly on skin wounds. Honey is especially useful on burning of any kind. It will not only protect the burn from infection, the honey enzymes will also help eliminate dead skin cells (“debridement”) and accelerate the healing of burns.

Many store-bought honey has been pasteurized, this kills the honey’s antibacterial and enzymatic properties. Pure honey can be used for medicinal use. Raw honey can contain spores of botulism, which can cause infection with botulism in children below one. 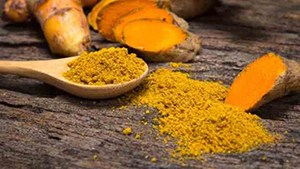 Honey works on most wounds with magic but some wounds heal more slowly. Diabetic wounds and pressure ulcers are skin wounds that are difficult to treat and if untreated; can lead to gangrene and systemic infection (sepsis).

Turmeric has been found to be effective at treating chronic wound of this kind. Turmeric is anti-inflammatory, antimicrobial and has chemicals which promote healing and reduce scarring.

Turmeric should be used in an ointment to be the most effective.

9. Elderberry (Sambucus nigra and its subspecies) 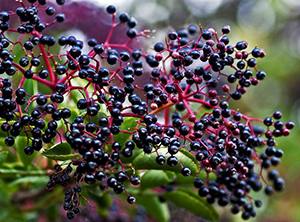 During periods of fatigue or stress, our bodies are less effective at preventing infection and healing from it. That makes us more vulnerable to infection. Elderberry, whether antibiotic products are present or not, helps to improve overall health and enhance the immune system. The healthier we are, the stronger we are in a position to fight infection.

Less work has been done on the prophylactic use of elderberry to minimize the severity of the symptoms and the length of the common cold, but it is possible indeed. 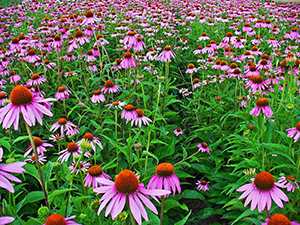 Echinacea purpura preparations have been found to be at least as effective as anti-viral pharmacological drugs which are used to treat flu. Caused by a virus, influenza (flu) causes millions of people in the United States to become sick each year. Hundreds of thousands of people end up in the hospital for treatment and thousands of people die from the flu each year.

Like elderberry, we believe that Echinacea purpura could be used as a preventive against respiratory infections, and possibly more.

The perfect purple coneflower can be found in the central parts of the United States to the southeast. Echinacea has several species and they can appear almost indistinguishable from each other. The only species with medicinal potential is E. Purple, E. Augustifola, E. Pallida: Pallida. Other Echinacea species or subspecies may have medicinal value, or may not. 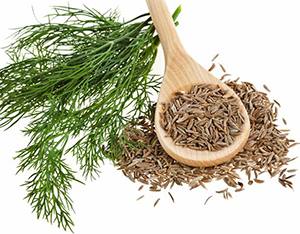 Cumin is a widely used spice in Middle East and East Indian cuisines. In addition to its culinary uses, it exhibits antimicrobial activity in the mouth against the bacteria that can cause decay in the tooth. It will often work when pharmacological preparations will not. It therefore has potential to be effective in fighting “super bugs.” 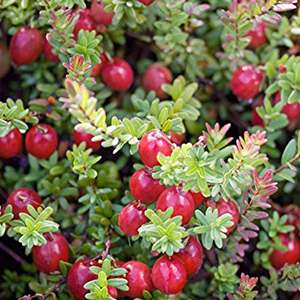 The cranberry fruit is used for urinary tract infection (UTI) prevention. Because of its anti-inflammatory properties it works for that reason. Additionally, it stops bacteria from sticking to the bladder wall. It makes bacteria more likely to wash out in the urine rather than remain in the bladder.

The above plants commonly grow in many parts of the world, as medicinal remedies, they are easy to identify and easy to prepare. They hold promise in cases where Western antibiotics don’t respond. The growing body of scientific research may help us to recover the information that was lost when we started using less and less plants and increasingly using synthetic antibiotics. Stay tuned.