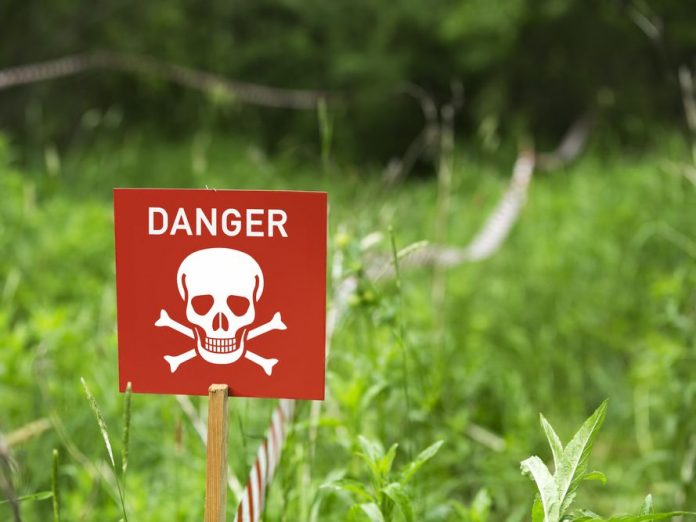 I’ll give you 5 good reasons to read this article, then it’s up to you to decide: 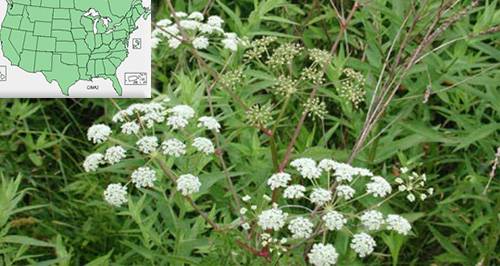 Let me tell you a brief but true story I know. Just so you can understand and identify the exact symptoms:

“A few years ago, a 23-year-old man and his 39-year-old brother were foraging for wild ginseng in the mid coastal Maine woods. The younger man collected several plants growing in a swampy area and took three bites from the root of one plant. His brother took one bite of the same root. Within 30 minutes, the younger man vomited and began to have convulsions, they walked out of the woods, and approximately 30 minutes after the younger man became ill, they were able to telephone for emergency rescue services.

Within 15 minutes of the call, emergency medical personnel arrived and found the younger man unresponsive and with mild tachycardia, dilated pupils, and salivation. He was intubated and transported to a local emergency department. Physicians performed gastric lavage and administered activated charcoal. His cardiac rhythm changed to ventricular fibrillation, and four resuscitation attempts were unsuccessful. He died approximately 3 hours after ingesting the root. His brother was saved.” (Source)

The Water Hemlock is the most poisonous plant in North America. Even a small mouthful can kill an adult.

It can be found alongside the more common, non-poisonous, water parsnip along creeks and wetlands.

The entire plant is poisonous but the deadliest is the root. Cows are usually poisoned when the plant is pulled out and the root is ingested. One root will suffice to kill a cow. You need to get rid of that if you have this plant on your pasture.

In Venice, ladies used Belladonna (beautiful lady in Italian) to dilate their pupils in a tincture which was considered more attractive. All parts of the plant are dangerous and can drastically reduce mental capacity, agility and kill.

Deadly Nightshade’s berries are a severe danger to children, the berries look edible and look good. They are sweet to taste and are at eye level for children. The berries are around the size off the cherries and two or four berries is a lethal dose for a child. Ten to twenty of them are lethal to an adult.

Belladonna was used as a poison, dating back to Claudius the Roman Emperor. In 68 AD, he was believed to have been poisoned with it. The Scots are also said to have killed the Danish Army by leaving them to pay tribute to beer barrels, lined with night shade.

The signs are a red face, dry mouth, the pupils dilated, and the pulse quickened. Later stages transform to arrhythmias in the heart, tremors, hallucinations, paranoia, and cramping. 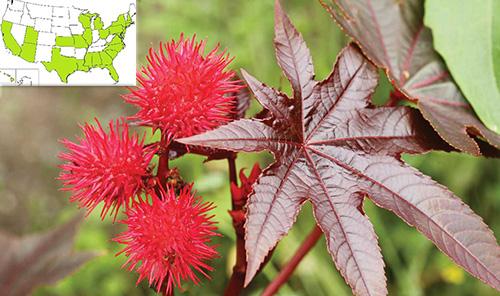 The plant has shiny leaves and segments scarcely dented.

Castor oil is used in many homes around the world and I even took some as laxative but the seeds are dangerous. They contain a toxin called ricin and ingestion may result in burning of the throat and gastric system, a pain and bloody diarrhea, and death. The plant is also the Guinness holder of the fastest death.

It is a tropical plant, and in one season it can easily grow as much as 9 feet. The seeds that are our concern grow high in the plant and potentially easily beyond small children’s reach. Removing the seeds from their pods can be difficult but leaving the seeds in a greenhouse during the winter months is a simple trick and the seed pods can erupt on their own.

Two seeds can kill one grownup. 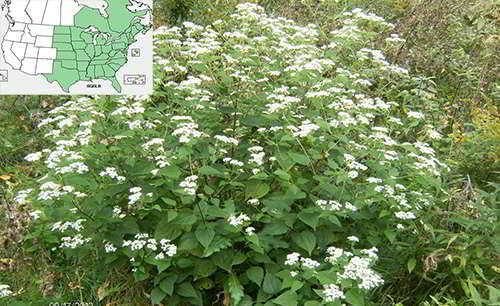 The mother of Abraham Lincoln died of this poisonous plant and in the 19th century there was a common case of meat poisoning known as “milk sickness.”

“A week would pass until Nancy Hanks Lincoln, Abraham Lincoln’s mother, succumbed to a 19th-century disease that had ravaged Midwestern frontier families. Records show that more than half of the deaths in Dubois County; Indiana; during this time could be attributed to one plant; white Snakeroot. She died at the age of 34.”

This plant contains a toxin which manifests trembling, vomiting, and serious bowel problems. I also know that even if you eat the meat or drink a cow’s milk that was grazing on White Snakeroot, it can cause death or sickness!

White Snakeroot is a herb usually about three feet long. Round rooted, and oval branches, leaves pointing in the opposite direction. The leaves are 3 to 5 inches long and are dented deeply on the bottom. Each leaf has three main veins, which are clearly noticeable on the underside.

White Snakeroot can be found in any wood and woodland, and along streams in US wooded areas. It is not always present in the prairie states or provinces-except in the forests surrounding streams.

They are called rosary pea because the peas were used to make rosaries, which wasn’t a great idea. The outside of the seed casing is indigestible and there are cases of pods passing through the digestive tract, without harming the person. It contains the abrin toxin which when opened leads to impaired protein synthesis and cell death.

Oddly enough, birds are unharmed by the poison, but apparently one seed is all it takes to kill an adult.

People made bracelets and necklaces out of the red seeds, and there are also accounts of people dying from pricking their fingers while stringing them.

Similar to the rosary pea, this plant has berries that are poisonous and attract birds. The plant grows around 6-8 feet tall with large leaves that have reddish stems at maturity. But as you can see from the picture, on the same branch/cluster, ripe berries and immature ones grow.

All sections of poke weed are poisonous and contain harmful chemicals. When the plant grows it becomes more toxic and the berries and the rest grow.

This is an old plant which has been documented and used in plots and assassinations for centuries, and in warfare-to cover swords and arrows.

Some scholars say it wasn’t snake poison that killed Cleopatra but a mixture that included Wolfsbane.

Greeks poisoned the tips of their javelins before going to war. 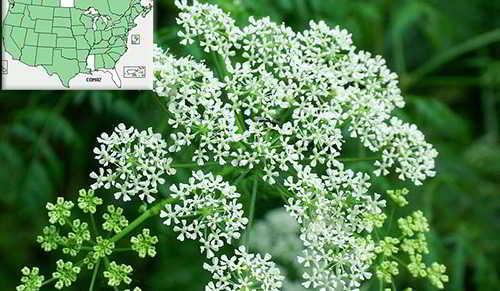 In the Greek world, the small plant was used as an execution tool. Socrates the ancient Greek philosopher, died drinking hemlock.

“Socrates was given the opportunity to suggest his own punishment, and by recommending exile could probably have prevented death. Instead, initially the philosopher gave the cynical suggestion that he should be punished for his actions. Pressing for a realistic punishment, he proposed a modest sum of money to be fined. Confronted with the two choices, the jury chose Socrates’ death.”

The philosopher was transferred to nearby prison where his sentence will be completed. Athenian law prescribed death by drinking a cup of hemlock poison. Socrates would be his own executioner.

When swallowed, the plant targets the muscle system and the bonds between muscles. From the legs, you become paralyzed and end up with “ascending muscular paralysis.” Increasing muscle disturbance before death. Only around 6-9 leaves will suffice, or even a smaller dose of seeds. It has small white or green flowers and leaves that are compound and has large hollow roots. It is often found in moist habitats like marshes or bodies of fresh water; and drainage ditches etc.