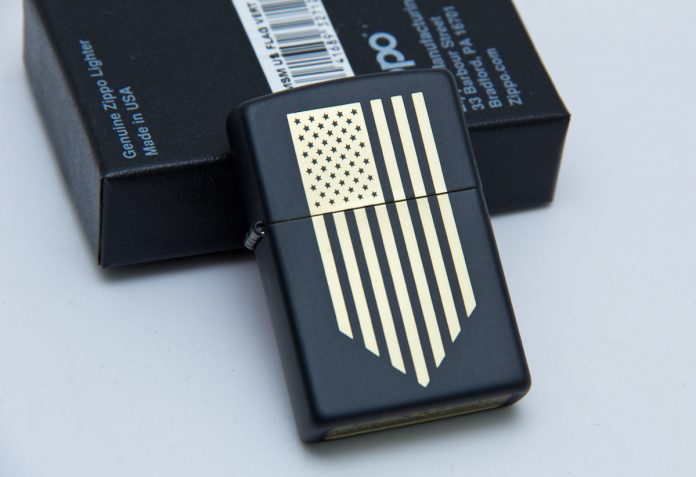 You know that the flame’s gone in your love light when your wife gives you a lighter for your birthday. Just pulling your leg. Anyway, the real reason why I got a lighter for B-day is rather much more banal than that. Last year, during our Amazon holiday, I lost mine while touring the jungle. Couldn’t recover the damned thing, despite retracing my every step.

It didn’t feel like losing a lighter; it was like witnessing the end of a great friendship. Hell, I have so much of those things that I can probably open up my own tobacco shop; but that lighter was the first thing I bought after getting my very first paycheck. The Tin Man, as I liked to call my Zippo, never left my pocket for 20 odd years – it was there for my first kiss, first breakup, and even on that day when I said “Yes” to my ‘lovely’ wife.

Oh, well, que sera, sera, as the song goes. Now, the reason why I’ve decided to write this article is that this new gadget my wife got me for my B-Day is very neat. And because I’m such a grateful S.O.B, I just had to find out just how much money would my wife be willing to spend on my happiness and well-being.

While messing around on Amazon looking for my gift, I stumbled upon several neat survival lighters. So I figured to share with you people a couple of tips on how to choose the best lighter for your bug out bag or car’s emergency kit.

WHY SHOULD I LOOK FOR IN A SURVIVAL LIGHTER?

At the end of the day, there’s not much difference between a survival lighter and a regular one – you can use both of them to light up your morning or after-sex cigarette and to whip out a campfire. However, the major difference between them is the amount of damage one can take before keeling over.

For instance, most Bic or corner store light will fall apart if you step on them or drop in a body of water. Moreover, all survival lighters have some sort of weatherproofing – some have water-resistant cases which can take the same pressure as a capsulated watch, while others have grates that prevent wind from putting out the flame.

Anyway, choosing a reliable survival lighter is much harder than you realize. Keep in mind that your fire-starter is part of that inner-circle of survival items called stuff to stake your like on. Would you spend $20 on a survival knife knowing that the blade might shatter during the first use? Of course, you wouldn’t. The same thing goes for survival lighters. Now, to make things easier for you, I have prepared a small list of, let’s say, purchasing criteria.

There’s no point in spending $200 or $300 on a lighter if you know that you’re going to use it only once. On the other hand, if you really want to purchase something you can stake your life on any day of the week, money shouldn’t be an issue. Yes, there are fancy lighters which can go as high as $500.

However, those are more what I want to call a bourgeois gratification, rather than an item that can save your ass in a shit hits the fan situation. You should also know that design and construction materials also dictate a survival lighter’s reliability. Of course, the ones made from steel can take more punishment compared to one made from plastic, aluminum or alloy, but they tend to heavier.

Bottom line: if you want a lighter to stake your life on, don’t be a cheapskate or send for smelling salts after seeing the price tag. Remember that items will be with you for at least 10 years, if not for life.

You know the saying: there’s more than one way to skin a cat and to start a fire. Survival lighters come in many shapes and sizes – the most common ones use an electric arc, butane, and flit to produce a flame. Zippo lighters, for instance, have no need for an electric spark since they rely on flint and highly-flammable fuel. If you want a more interesting gadget, you can always try out a plasm survival lighter, which use electricity to produce well, a plasma bolt capable of melting anything in mere seconds.

There are also the so-called windproof lighters that use electricity to produce a flame. The latter variety has been designed to operate in various conditions: heavy rain, snow blizzards, strong winds. Moreover, even a low-cost windproof lighter can light up at a max elevation of 80,000 feet.

Bottom line: there are four kinds of survival lighters – butane, Zippo-types, plasma, and windproof lighters. Some use fuel, while others rely on electricity. Each have their pros and cons; for instance, Zippos have a very long lifespan but require a bit of maintenance.

Plasma survival lighters are extremely useful in setting ablaze even soaked wood, but require a USB or outlet for recharging. As for butane lighters, they’re cheap, can be found literally anywhere, but they do tend to jam a lot.

Not all lighters are the same – some are flat, others are odd-shaped. The lighter’s design will ultimately dictate the gadget’s portability; of course, it’s easier to pocket a Zippo or similar model since the shape allows for it. You should also keep in mind that the lighter’s additions will also affect portability – remove weatherproofing, the lighter’s more, well light. On the other hand, you can end up with a survival lighter that’s heavier than a brick.

Bottom line: survival lighters should feel comfortable in your pocket, where they belong.

It refers, more or less, to the height of the flame. Some survival lighters, like Zippos, can produce a two or even three-inch flame, depending on how much of the wick sticks out. This can come in handy in situations where you will need more light or a source of heat for cooking purposes. Bear in mind that lighters producing this kind of flame are not weatherproofed.

Bottom line: figure out what works best for you – a lighter that doubles up as a torch\heater during an emergency or something else.

For me, this is a very important factor in choosing a survival lighter. Though most lighters, ever butane ones, can take a little bit of water, they really can withstand being completely submerged. When I was 20 something, I remember going on a hiking trip with this chick from work. Later that day, I tripped and fell, obviously because I was paying more attention to her than to the road.

Long story short, my Zippo fell into a stream and had to chase it around for a mile or so. Even though it remained below the water for at least 10 minutes, it came back to life after I left it out to dry. Plasma-based survival lighters are also water-resistant, and so are the electricity-based weatherproof lighters.

MY CHOICES IN AWESOME SURVIVAL LIGHTERS

Of course, no article on survival lighters should be without a couple of nifty gadgets. So, here are my choices in awesome lighters. This is the mother of all Zippos out there. Apart from the fact that the body is weatherproofed, the Emergency Fire Starter also comes with four or five tinder sticks which can be used to start a fire just about anywhere. As for shape and weight, I would have to say that it’s bulkier than a regular Zippo on account of the extra protection layer; weight is about the same.

Don’t worry too much about extra supplies like flints, wicks, cotton or fuel – you can buy everything you need from Amazon or whatever tobacco e-shop you have in the area. The tinder sticks, on the other hand, are kind of harder to come by. If you run out, you’ll need to search for a military surplus store that has Zippo products. Other than that, I can’t really say anything bad about Zippo’s take on SHTF. Though I’m not really a big fan of butane lighters, I have to say that I was really impressed by UCO’s torch. This electric, butane-powered lighter has three outlets, all of them covered by weatherproofing grates. It’s very small – basically fits in that tiny penny pocket. On a single charge, it can be ignited up to 700 times. Moreover, given the fact that this is more of a torch than a lighter, it has a ludicrously long lifespan: 30,000+ uses.

It also comes with a small safety cap that packs a mini carabiner, which you can use to attach this little sucker to your belt or B.O.B. The body of UCO’s torch is wrapped in heavy-duty utility tape; if you need to patch up something really fast, you have at least 3 feet of tape at your disposal. The Stratosphere II Lighter is as close you’re ever going to get to a plasma gun just like in the movies. There’s nothing this bad boy can’t do- the flame’s at least two inches in height, which means that it can compete with Zippo’s survival lighter without breaking a sweat. This model, in particular, is very interesting because it has an armor – yup a stainless-steel cover that protects the mechanism from mechanical shock or water.

If that wasn’t enough to convince you, get him: The Stratosphere II Lighter has a built-in blade, which can be used for chopping or self-defense. As for fuel, this survival lighter goes along splendidly with Zippo fuel or any kind of lighter fluid. When the electrical ignitor no longer works, you can always charge it up from a USB port. Now that’s a mouthful if I ever saw one. The Dual Arc Flameless is an all-out electrical lighter capable of producing a powerful flame via its two electrodes. On a single charge, the Dual Arc can produce 300 sparks which means that you can probably use it to light up even soaking-wet wood. This is one of those lighters for tech addicts since it doesn’t have a spark wheel, but an infrared switch. The only caveat is that you will need to bring along a power bank or seek out an outlet for recharging. This piezoelectric beauty is more than enough to start a fire, burn paper or illuminate a small room. The flame is tall enough to burn just though anything. This particular model comes with a stainless-steel cover, which means that it can take any amount of punishment.

You can recharge it using any kind of lighter fluid. Don’t worry about running out of fuel because it comes with a small window on the side which shows just how much fuel you have left. It may not be as famous as the Zippo, but, apparently, Japan’s take on survival lighters doesn’t disappoint.

That’s about it on how to choose the best survival lighter. Don’t be a stranger and hit the comment to let me know what kind of lighter you purchased.