In an emergency situation you might have to leave your house and retreat as quickly as possible to a safe place.

But everyone will be doing the same thing at about the same time, so your task might be more complicated than you imagine. Below is a photo of people evacuating Houston, Texas before Hurricane Rita, when more than two million residents merged onto Interstate 45 to flee the storm. Instead of speeding to safety, they all ended up trapped on the highway in a 99-mile jam. 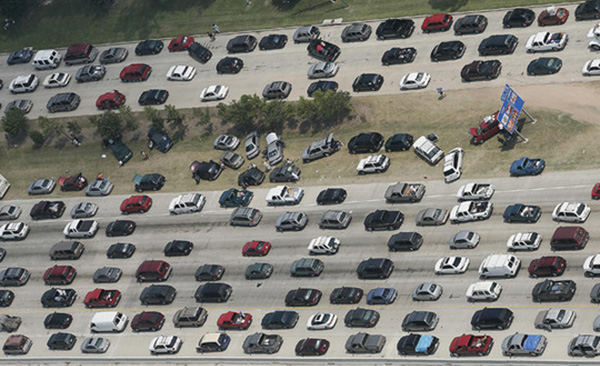 There has been a lot of dispute on what the best bug-out vehicle might be. People usually fall for military vehicles that will definitely take them pretty much anywhere and are definitely very resistant; however, they have a large fuel consumption, would have a hard time going unnoticed, and are definitely way out of reach, financially speaking, for most people.

So what is the real bug-out vehicle that will take you anywhere you want?

No one can say which is the perfect bug-out vehicle for you and your family, but there are some features of a bug-out vehicle that you should consider when choosing the right one for your needs.

An older vehicle might be less safe, but it’s surely made to survive an EMP, and it is definitely easier to repair if needed. New vehicles are safer and generally very reliable, but in the case of an EMP, you might not be able to start them in the first place.

Your bug-out vehicle should have plenty of space. It should be able to transport at least four people comfortably, plus all the luggage. Chairs that fold all the way down are also a great plus for extra room.

Four-wheel drive is a must, in my opinion. It’s highly probable that you will need to drive off-road to get to your safe spot, or you might need to overcome obstacles. Personally, I would definitely choose to have a functional winch as well. Don’t forget that large roads and highways will most probably be jammed.

An economical vehicle is best. A large tank is a plus, but the miles per tank is definitely a more important criterion. Also, a car with a reserve tank might be more suitable. Or you will need a car that is large enough to allow you to take along separate containers with fuel. Don’t forget that in the case of an emergency, plenty of people will queue at the gas station in order to fill the tanks of their cars, so be prepared.

Your bug-out vehicle should always be in perfect shape. A low maintenance vehicle is preferred, and it should also be properly equipped to allow you to fix any minor issues that might arise.

This is an all-terrain vehicle built in Russia and probably a perfect toy for those with love for rugged terrains or who live in hard to reach areas during the hard winter or rainy months. 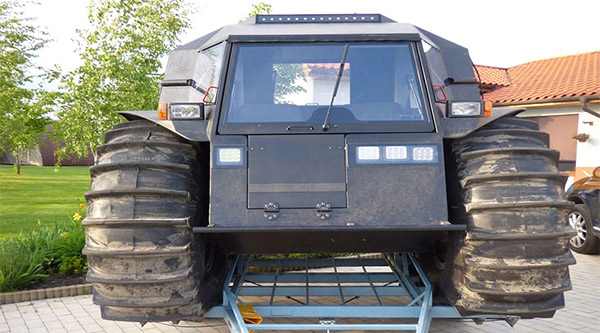 Using its self-inflated tires, Russia’s SHERP ATV can give you that pleasure. It will climb over obstacles as tall as 27.5 inches, swim with ease, turn like a tank and look awesome in any situation for only $49,000 worth of Rubles. 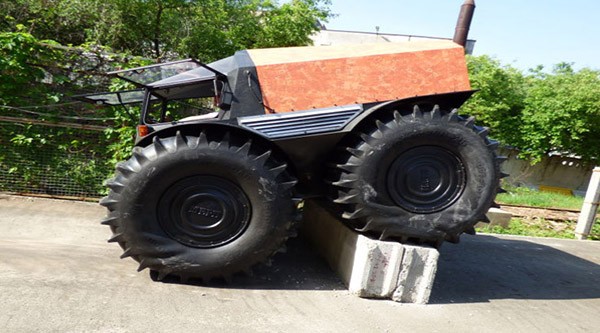 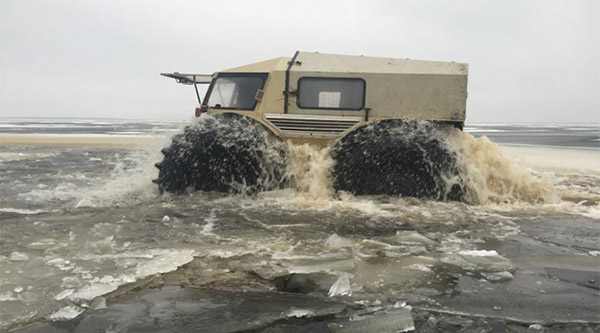 While it comes with a tough polymer coating and a 15.3-gallon fuel tank as standard, with a bit of extra money, you can equip yours with anything from a high-power generator and a light bar to a trailer and a hardtop.