My grandparents had a farm in Georgia, where they raised nearly everything they needed. I remember my grandmother telling me that they bought coffee, flour, and sugar.

They raised most everything else. On weekends and in the summer, I helped with the farm chores. Eventually, it was just my grandmother, but they made it seem so easy.

I was young and naïve when I began my first homestead. It seemed so straightforward; plant a garden and buy a few animals, right? I made a lot of mistakes—a lot of mistakes. Hopefully, I can save you from a few of them. Here are my top tips: 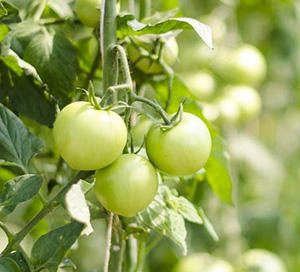 We find that “Mortgage Buster” Tomatoes grow best for us.

My first problem was that I purchased five acres that already had a chicken house, pig pen, and other fenced areas, and planned to use them as they were (with a few upgrades along the way).

I mostly chose it because it had a house that would serve my young family well. I should have paid more attention to the suitability of the soil for my garden, and how much repair was needed on the fencing.

I rented a tiller to plow up my garden. I had done it many times before and didn’t expect any problems.

When I began to till the soil, I discovered how hard it was; solid Texas clay, with rocks—lots of rocks!

It took a full day of hard work till a tiny little plot. And it was not a very fertile plot. I fought that soil constantly. The next time, I analyzed the soil more than the house.

Team Up With The Neighbors 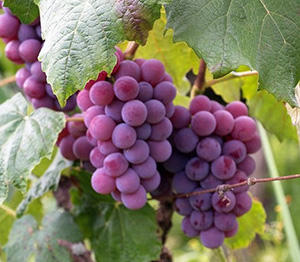 We grow grapes on the back fence.

The second year, I began tilling my little plot on a day when the neighbor was plowing his (with a tractor). I didn’t plan it that way, but it worked out nicely for me.

At lunch, while I was still struggling, he came over and offered to plow it for me when his work was done.

His tractor plowed a much larger garden area in a very short time.

He became someone I could rely on for advice and help, and I gladly returned the favor when I could.

Don’t Try To Do Everything At Once –Grow Slowly

You probably feel some urgency to get everything done. I know I do. But experience has taught me that life is easier if I learn one new thing at a time.

Once your garden is established, don’t rush to add animals immediately. Instead, learn to can, dehydrate and preserve your produce.

When you begin to add animals, consider how much work each will require. In my experience, chickens and rabbits are the easiest. Larger animals require more work and strength.

I keep my chickens in a coop with fenced yard space, but my grandmother let her chickens have a free-range (watch out for local dogs and other predators, if you try this).

Geese do well in free-range, but you end up having to look for the eggs sometimes. Geese will stand up to a dog or other predator, and attack if necessary. I have lost chickens to local dogs, but never a goose.

Use The Small Animal Advantage

One of the reasons that I prefer small animals is they are easier to catch and contain when they get loose. And they do get loose. My pig experience was the end of large animals for me. I had a couple of pigs that learned they could dig under the fence.

One day I looked out my front window to see the two ugliest dogs I had ever seen. A second look and I realized they were my half-grown pigs. I chased them back into the pen and repaired the fence.

But, every few days, they would manage to dig out again in a new spot. Pigs love their freedom. I eventually decided to butcher them a little early because I knew that I wasn’t going to win that war forever.

Large animals can be a lot more strenuous, especially as we age. And those pigs were bigger and smarter than me.

Over the years, I have raised chickens, geese, rabbits, pigs, goats, and sheep. I never owned a cow, but my grandparents had several. I was taught to feed and milk the cows, but I was always a little afraid of them. Those cows don’t hesitate to kick if they don’t like you.

My sisters and I watched and laughed one summer as my grandparents chased the cows out of the garden nearly every night. They would fling their arms and yell a few words we thought they didn’t know while the cows trampled all their perfect produce.

We thought the chase and all the yelling was funny. Now that I am older, I realize it was exhausting for my grandparents and destroyed the garden. When a cow, or pig, wants the vegetables just ripening in your garden, they will fight you for them.

Use Tools To Do The Heavy Lifting 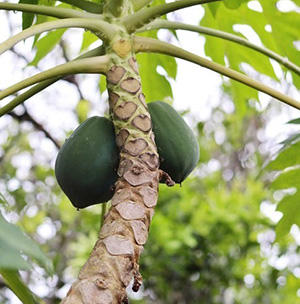 When I first started homesteading, I rented a tiller because I didn’t own a tractor. I did everything myself because I couldn’t afford to hire help. However, my neighbor had a much larger garden and a tractor that sat in the barn most of the time.

He was happy to help me with plowing and other heavy jobs in exchange for help with harvesting in the fall. Local teenagers were also glad to help when I could afford them. All homesteaders face the same problems. Teaming up is to both your advantage, so don’t be shy about asking for help.

Allow Yourself To Cheat If Needed

There is no rule that says you have to produce everything to call yourself a homesteader. Of course, we all want to achieve that goal, but sometimes it is OK to cheat.

One of my cheats is that I purchase chicken and rabbit feed. I know that I someday may not be able to find the right feeds for purchase, but I am always fully stocked.

Also, I keep a lookout for what my neighbors are doing, looking for produce that I can trade or purchase. Sometimes I sell fruit or vegetables to the local farm stand and use the cash to buy things that make my life easier.

How I Have Adapted As I’ve Aged

The years have gone by quickly, and I have had some health problems along the way. Weeding the garden is more of a chore, and I get dizzy if I lean over too long. My husband has built me some raised beds and we add a few more each year.

This is easier on my back and head and grows more in a smaller space. We can fertilize and customize each bed for the plants it holds. I have experimented with hydroponics and I use an automatic watering system.

We trim our trees to be shorter, and plant dwarf trees when a good variety is available; I am too old to climb a tree.

I enjoy my homestead, but I am also lazy. I don’t want to stand in the garden for an hour or two to get everything watered when I can turn on my watering system and walk away. Even a set of sprinklers gets the work done easier. I would rather not fight with a goat or cow when I can trade for milk with a neighbor.

Well, I don’t know if this helped you. I hope it didn’t scare you away from the idea of homesteading. The good news is that you can do it. No matter your physical condition, you can set up your homestead to fit your needs.

I had a neighbor who had multiple disabilities, including a bad heart and being confined to a wheelchair, yet he gardened and raised quail, selling them to specialty markets. He was successful enough to support himself through retirement.

The bad news is that it does require work, but probably not as much as you think if you plan it right. There are times when life is very busy, but other times when you just need a few minutes to feed and water the chickens. It is all up to you. Take it slow and master each task separately. You’ll get there, faster than you think.