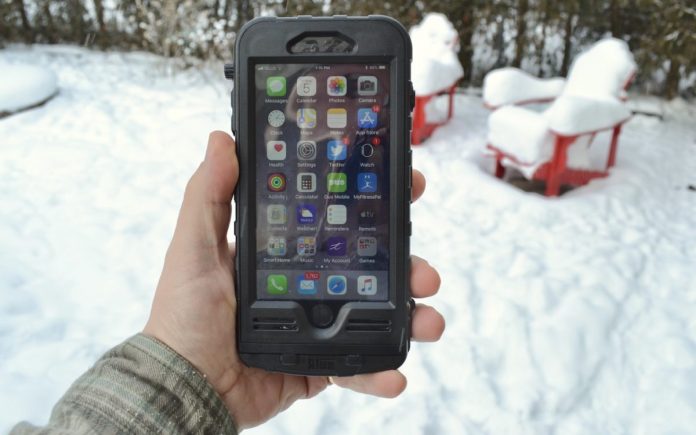 I’m painfully aware of the fact that smartphones and prepping don’t mix, but part of being a prepper means using anything you have on hand in order to survive. Smartphones themselves make for an interesting case study – for some, it’s a big no-no, because the battery, unreliability in case of an EMP attack, cheap components that make them very fragile, but I urge you to reconsider. In all aspects, smartphones are the epitome of communication technology and, as a result, they have a lot to offer.

Sure, I won’t stake my life on one single piece of plastic with a display and a camera that makes the most awesome pictures period, but in checking out the mobile applications market, I’ve discovered a very interesting aspect. If you know where to go, what to download, and use, your smartphone can be turned into a tool as versatile and dependable as a survival knife.

So, for today’s article, I have compiled a small list of my favorite ‘survival’ apps for smartphones. Enjoy!

Yes, I know that most of you would hardly associate duck faces, food pics or check-ins with survival. However, Zuckerberg’s wunderkind does have its merits. If you still have an active Internet connection, you’ll be able to find out in a jiffy where you are.

Moreover, in case of a natural or man-made disaster, Facebook allows its users to mark themselves “safe” which basically discloses the location, as to allow their loved ones to know that they’re out of harm’s way. Careful about permissions – data mining’s real and hardly a trifle. Still, a very good survival app. A great cross-platform app (means it’s available for Android, iPhones, and Windows phones) which boasts two types of first-aid modules: one for learning which teaches you useful stuff like performing CPR, treating wounds or dealing with allergic reactions and a second one that kind of synthesizes all teaching modules. The latter can be very helpful in case you need to render first-aid since you won’t have time to scroll through pages of text. As everyone needs a compass and this smartphone delivers. Compass Steel 3D is a lightweight compass app with tons of features like calibration, sun and moon direction, sunset and sunrise time. Given the fact that it relies solely on your phone’s accelerometer (the sensor that changes the screen’s orientation based on position) means that you really don’t need an active Internet connection. Everything you need to know about survival in lieu of an Internet connection. Offline Survival Manual is what a like to call an encyclopedia – it covers a lot of common prepping topics like first-aid, food, water, but also offers unique content such as mental preparedness tricks and basic med guides. What’s the use of having a short-range communication device like a walkie-talkie if there’s no one to speak to? This is where his nifty app comes into play – using GPS, Wi-Fi or mobile data; Scanner Radio will snoop around the area for active radio stations. It can also pick up radio chatter from the authorities or from people using this device. Every smartphone out there has a built-in application that keeps an eye on battery level. Most target notorious battery drainers such as screen brightness, applications running in the background or the Internet connection. Battery Doctor takes this to an entirely different level – it now only kills redundant apps, but it also boasts a super power-saving mode that can extend the life of your battery by several days at least. This would come in handy for phones that drain batteries like there’s no tomorrow or for situations which call for an amp of juice in your smartphone. A simple name to serve a simple purpose – illumination. Indeed, your phones come with its own flashlight options, but apps such as this one can improve the brightness by a factor of ten. Careful about that battery life, though. You should only use Flashlight in case you run out of matches, lighters, light sticks, flares or tac light batteries. Now, this is what I call a must-have for preppers. Wild Edibles has a database of over 200 edible wild plants. It also comes with useful information about location, how to identify, harvest, and what to do in case you eat the wrong ones. If that wasn’t enough for you, Wild Edibles also has a plant recognition algorithm that uses your smartphone’s camera to identify the plant in front of you. This is the cheapest alternative to a personal emergency beacon. Let’s assume for the fact that you missed a call or a message. In case this happens a couple more times, this application will relay your GPS location to the authorities or to your emergency contacts. How can you not know how to knot? Well, apparently there are many people who get even their shoelaces wrong. That’s why Knots 3D is a very handy survival app – its large database shows you how to tie even the most intricate know, using a step-by-step video approach. Every prepper needs a toolbox, but a real one would be a little impractical to carry around. This is where Smart Tools comes into play – need to measure something? Fire up the ‘meter’ option and get crazy. The app has tons of other features such as mirror, flashlight magnifier, compass, GPS, and even a sound meter. This app is very similar to Scanner Radio, with one small difference – instead of picking up local radio chatter, OpenSignal scans for nearby radio or Wi-Fi towers. It also has a smart built-in tool that boosts your phone’s signal in case the radio tower is out of reach. Sorry, iPhone people – this one is for Android users only.

That’s about it for my top 12 favorite survival apps for smartphones. Think anything’s missing from the list? Let me know in the comments section.

How to Make Rope from Plants – Natural Cordage Making

BOB from the Dollar Store for $50