Imagine being in the middle of a crowded festival, enjoying your time with your family.  All of a sudden, you find yourself near some drunks who start a fight, and you can’t help but separate from your family, and get pulled into the fray. You’re a prepper, and like most preppers, you’re carrying a small firearm, in this case, a small pistol. Do you use it?

Some would say yes – it’s time to defend the family, and that’s what a weapon is for, right?  Others hold off – bringing the deadly force into a relatively small conflict is a certain legal issue and is probably not necessary considering that these people are drunk.  That said, this is clearly a self-defense situation.  Considering that a gunshot in a crowded public space is one of the fastest ways to start a riot, potentially getting you or your family even more harmed, the balance point for many tends to tip towards leaving your weapon holstered.

Imagine again. This time, you and your family return home and see the basement window broken.  Alarm bells are going off in your head, and you draw your weapon, instructing the kids to wait in the car.  Upon entering, you are able to see that the dangerous infiltrator is actually a 14-year-old boy who lives down the road. Is he dangerous, or just a neighborhood nuisance?  You have less than seconds to decide.

Maybe you are one to draw in these circumstances, however, I believe that these are two examples of situations where yes, a gun could be advantageous to you, but it would be better left holstered.

Of all the four major prep areas – food, water, shelter, and defense – it is a defense that is most often overlooked.  I know preppers who think that all they need is a pistol and some ammunition, while others stock an armory, but the fact remains that for most, defense is simply just about the weapons you choose to keep.  In reality, self-defense is so much more. THE FACT REMAINS THAT FOR MOST, DEFENSE IS SIMPLY JUST ABOUT THE WEAPONS YOU CHOOSE TO KEEP. IN REALITY, SELF DEFENSE IS SO MUCH MORE.

The first line of defense to prepare is your last line of defense – your ability to defend your own person.  Guns are fantastic, but are not always the best solution to a conflict.  The best way to start that process is to take a martial arts class regularly.

Martial arts classes are incredibly varied, and depending on where you live, you should find a broad spectrum of different styles.  You could opt for a striking art like TaeKwonDo, Karate or Kung Fu, or you could focus on a martial art that emphasizes grappling such as Judo. There are many arts that are combinations by nature (any MMA style or Krav Maga), and there are many schools of striking or grappling arts that borrow from outside of the strict boundaries of their chosen style to incorporate a broad range of self-defense elements.

Striking arts are probably what everyone thinks of when they imagine martial arts, as they are based on using your hands and feet to punch, chop and kick your way to safety.  These arts value speed and quickness oversize and power, and often incorporate a large variety of cardio exercise practices that will double as your workout for the day.  The major advantage of learning a striking art is clear – these arts are focused on disabling an opponent quickly from a (relative) distance, and allow you at least a small chance of fighting multiple opponents.  A typical class will involve practicing kata or patterns of movements, practice kicks and punches against air, striking heavy bags or padded opponents, and jumping techniques.

Grappling arts are going to be more similar to wrestling than what you’d likely think of as a “martial arts” technique.  Instead of punches and kicks, you’ll learn disabling holds, pressure points, and throws.  A certain amount of size and strength is not necessarily essential, but will definitely help.  Classes for grappling arts tend to emphasize one-on-one, back-and-forth style of practice (I’ll throw you, then you throw me), and may not be as exercise-heavy as striking art.  The advantages of studying a grappling art are the fact that they focus on defending yourself from abductions and mugging-style grabs and unarmed defense against an armed opponent, which are highly practical scenarios.  In addition, many people who have studied street fights have noted that over 80% of these encounters end up on the ground, where grapplers have a distinct advantage.

Both styles give you opportunities to practice against your classmates in simulated fighting scenarios.  Striking courses usually incorporate sparring practice where you use heavy pads and light contact to simulate a fight and test your reflexes and skills.  This allows you to safely practice your skills so that you’ll know you can function in times when you need to defend yourself. Grappling arts use amateur wrestling, or kneeling wrestling known as rendori as sport-practice.  In rendori, you maneuver your opponent on the mat in an attempt to make them submit from a painful or inescapable hold.

Finding a style is a good choice, but it may be better to find a school first and a style second.  Not all martial arts courses are created equally.  Many are black belt factories, where you pay a certain fee and are guaranteed a black belt after a certain amount of time.  Other schools are going to emphasize tournament performance or flashy-but-not-realistic jumping and leaping attacks.  Good schools are hard to come by, but they’ll offer a variety of different types of skills and performance elements, have a wide variety of people at varying levels of abilities and ages, and have experienced instructors.  Park districts are an excellent place to begin, but there are some valuable strip mall dojos that offer different types of instruction.  Ask for a free trial class, or at least to watch a class before signing up.

Related: The 3 Essential Self-Defense Moves, You Must be Aware of 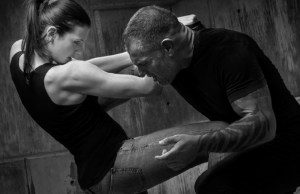 SOME MODELS OF TACTICAL FLASHLIGHTS HAVE STUN GUNS OR PREPROGRAMMED SOS SIGNALS THAT CAN ADD TO ITS FUNCTIONALITY.

In addition to a basic level of skill in hand-to-hand combat, I think it’s also important to find a hand-to-hand weapon to supplement your firearm and EDC kit.  My personal choice is a tactical flashlight that functions as a striking weapon, a strobe light to distract and disorient my attackers, and a tool that I can use in my everyday life.  Some models of tactical flashlights have stun guns or preprogrammed SOS signals that can add to its functionality, and since it’s a small flashlight it is a very inconspicuous weapon that is never taken away from me at sporting events or theme parks.  If you don’t like that suggestion, consider some of these other hand-to-hand weapons that are easy to carry:

Remember that no matter what weapon you choose to carry that you are well equipped and ready to use it.  A knife may not be the best weapon for every encounter, but if that’s what you choose, that’s what you might be stuck with.  If you pull pepper spray from your pocket or purse, know how to use it, or it will be taken away and used against you. 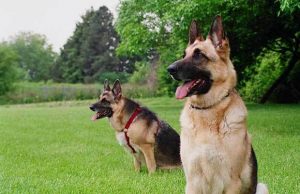 My final suggestion for personal defense is to get yourself a dog.

Dogs are fantastic companion animals that are also overlooked but highly practical pieces of a prepper’s armory.  They require much more regular upkeep than what you’re storing in your gun cabinet currently but are also useful for a wide variety of situations.

Dogs are not a fail-safe mechanism for security.  Just check YouTube and you’ll find hundreds of home security videos of dogs peacefully approaching burglars and not making a peep if that burglar thought ahead to bring some dog treats with them. That said, training and mentally stimulating your dog will certainly help in developing his senses enough to make him a versatile tool and defense mechanism as well as a companion.

Training your dog to be a more aggressive “guard dog” is certainly an option, but one that I would strongly discourage.  It is important for your dog to be socialized among other animals and be extremely selective about whom he attacks. An “attack dog” is not a good choice, and will likely do you more harm than good, both in terms of legal trouble and difficulty in raising and training him.

If you don’t want a traditional guard dog, and if your dog is more likely to lick your home invader than attack him or warn you, then why bother? It’s easy – prepper dogs are a highly effective deterrent for would-be attackers.

There is an old adage that states “When you’re running from a bear, you don’t need to be the fastest, you just need to not be the slowest.”  Choosing a large breed of dogs, such as a Rottweiler, or an American or Olde English bulldog will definitely make your home significantly less appealing for any home invaders or burglars. More intelligent breeds, such as German Shepherds can act as an early warning system for people approaching your home and may be able to be put to work around your home for basic tasks if you keep livestock.  These kinds of dogs are also those that have a reputation of being aggressive (even though they’re not), and their reputation alone can be a deterrent.  Keep in mind that many of our modern breeds, even those poorly designed for defense like bloodhounds or greyhounds, were originally bred to be hunters or highly specialized seekers, and have many practical applications in SHTF or survival situations

Taking dogs with you when you go outside for exercise or a walk is a good way for urban preppers to discourage muggers and attackers.  Even rural and suburban preppers can benefit from having a dog along on walks or runs in case of twisted ankles, or in the event that you are involved in some sort of accident.  My mother-in-law was riding her horse that she’d ridden thousands of times in the past, along a trail that she had ridden hundreds of times before, and when her horse was inexplicably spooked she fell off.  It was her golden lab that ran back to the farm alone to find help while she was knocked out.

All told, the advantages of having an animal companion are significant, specifically in terms of defense.  For those with allergies, there are some hypoallergenic dogs that are available, and depending on the breed you choose, you may find yourself unaffected by short-haired breeds. 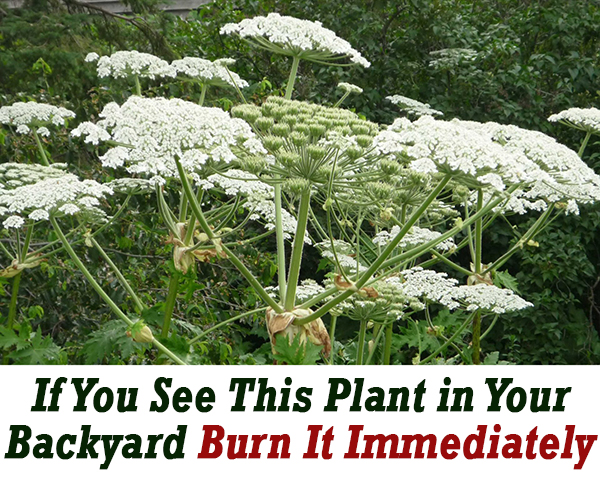 A dog is not the highest priority on the list, but can certainly be a helpful addition to a home or personal defense system.  I certainly feel better about leaving my teenage daughter home alone for runs to the store or when I’m out to dinner with my wife when Arthur (my 90-pound monster of an American Bulldog) is home with her, even those he’s secretly a big softie.

Hand Powered Tools From Our Forefathers