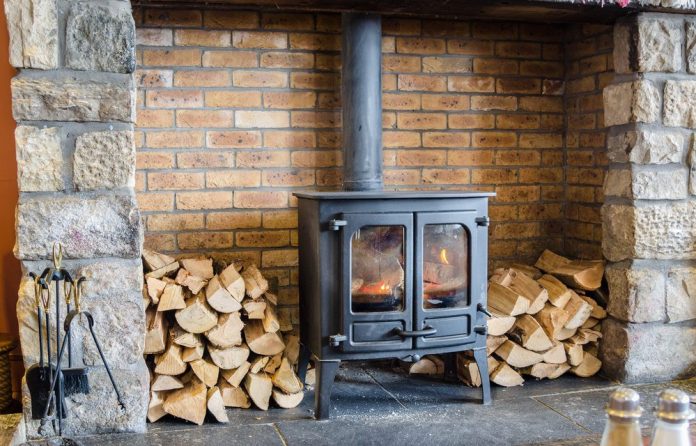 Everything nowadays depends on electricity and most people feel confused and helpless when they unexpectedly find that their house no longer has electricity. That is one of the things most people take for granted! But one of the main challenges that a long-term blackout poses is the fact that you will soon know that inside your house it’s as cold as outside. Except for the wind!

So, when there is no electricity, how can you actually heat your home?

First of all, planning is essential. Your house needs to have proper thermic insulation, no matter what. Even under normal circumstances, the advantages are obvious: a house that is warm in winter and cool in summer, as well as lower energy bills, just to mention 2 of them. You need to pay special attention to doors – a big help is good weather stripping and door sweeping – and windows – ensure there are no gaps in the glass or frames. Minimize heat loss by, for example, testing the air vents.

The second step, especially in extreme winter conditions, is to wisely choose the space to live in. In a small space, the whole family should bundle up, which is easier to heat. A sunny room is better, the room will actually be heated by sunlight beams which pass through windows. Definitely better than hardwood or tile flooring, carpets, rugs, or even blankets. Cooking produces a lot of heat along with hot steam so having direct access to the cooking area in your kitchen will be a smart idea. You should also think about alternate cooking methods, as microwave ovens do not operate and gas may also be inaccessible during a big blackout of electricity.

There are alternate heat sources, other than electricity-dependent ones. Two of the best ones are very traditional: the wood-burning stove and the fireplace.

The fireplace should be fueled with wood. Gas fireplaces are not really heat-producing, they are more decorative. Wood-fueled fireplaces produce some heat but much of the heat is simply lost through the chimney without improvement. This is why a convection insert should be mounted – it’s a series of metal tubes that surround the fire and blow hot air into the room.

The wood-burning stove is a more efficient alternative. It involves a metal firebox that can be placed in the middle of the room, to radiate heat on all sides.

There are other heaters that use wood as fuel, too. The metal box is put inside a terracotta tile construction which also includes the chimney. The chimney does not go straight up but rather has several right angles to trap the heat inside for a longer period of time. The terracotta tiles store heat while the fire burns, and are efficient for up to 4-6 hours after the wood has burned. Also, this is a more efficient way to use wood to fuel. You can see in the photo how the stove looks inside.

A temporary wood-burning stove is another great emergency solution. The chimney runs out through a special opening in a window. Basically, the interior of the stove absorbs cold air from the outside, is heated by the fire and the smoke goes straight out the window. It is less effective than the previous version but in emergency cases, you can use it and store it when it is not needed. The best recommendation is to buy one that uses wood pellets rather than wood. Though more effective, those using pellets stop working when the pellet reserve is depleted, and in an emergency situation, it might be easier to find wood than pellets!

Another thing to remember is that the chimneys need to operate correctly to prevent any chances of monoxide poisoning. It would be helpful to have a monoxide detector!

According to users, using around 2100sqm of wood, a 3-bedroom house can be heated in the winter, but this is just a rough estimate because it depends heavily on the insulation of the building, winter temperatures, and odd wood sort.

Egloo heaters are a small-scale alternative. They are a modern innovation that makes use of the energy generated by a few burning candles. After the candles are blown out, the terracotta dome stores heat and radiate it in the air. It’s not much and even using this process, you can’t hope to sustain a temperature of 64-68° F.

Propane heaters or gas catalytic heaters are a relatively new alternative. They are typically installed in the main room on the wall but some portable models are also available. They don’t need ventilation, which saves some heat and reduces the risks associated with smoke and monoxide. However, they do require a propane refill now and then if you use a tank.

Kerosene heaters are less expensive than propane heaters, but they should be used in well-ventilated areas because they use flames to provide heat. Also, carbon monoxide might also be an issue.

Related: How I Made My House 4X Warmer Just By Using A Few Plastic Bags

Avoid using open fire in a room that is not even ventilated. Nothing more than candles, if we are speaking about fire, and even candles need to be carefully watched for, to avoid accidents.

Active solar heating systems can be used to either heat the interior space or to save energy through a storage system and use it later. The system is expensive, compared to the previous alternatives, and its efficiency is still unclear in winter conditions when sunlight is pretty scarce.

Small wind electric systems are also an alternative. They are however only suitable in particular areas and are typically used as a secondary source of energy. Both solar and wind systems are also highly vulnerable, as they can easily be destroyed and installed outdoors.

A generator would definitely help, not only with heating but also with other appliances that need electricity, light, and water sources for instance. However, the cost is high and there might also be an issue concerning the fuel source.

In the case of an unforeseen blackout, which alternative solution have you selected for your home?

The Tree That Every Prepper Should Grow In His Backyard