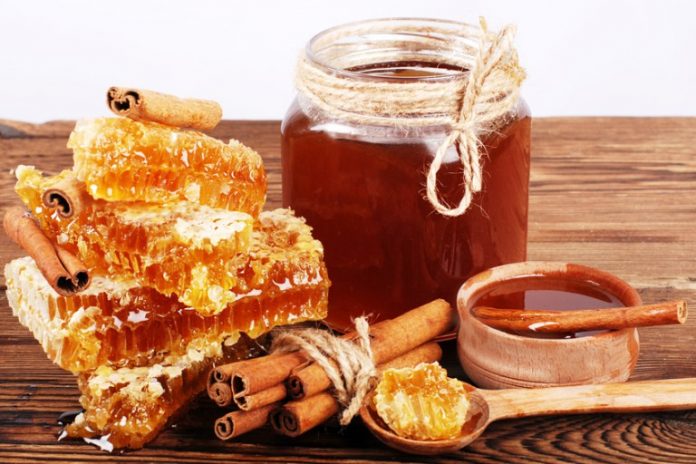 Honey contains a treasure chest of hidden nutritional and medicinal value for centuries. The sweet golden liquid from the beehive is a popular kitchen staple loaded with antibacterial and antifungal properties that has been used since the early days of Egyptian tombs.

Honey’s scientific super powers contribute to its vastly touted health benefits for the whole body. The healthy natural sweetener offers many nutritional benefits depending on its variety. Ready for a natural sweetened life?

There are various types of honey. The best for overall use that is, for eating and for medicinal purposes, is raw honey. Raw honey is honey that has not been processed by man, it is the same honey that is found in the beehive and is not pasteurized with heat; it may however be strained or altered.

Raw honey contains many spores and pieces of wax from the honeycomb as well as bee parts, etc. Raw honey has the benefit of helping people who are suffering with allergies to local plants and many times is used by patients to treat their allergies.

If this is done, it has to be raw local honey, which is usually made from either a blend of local hives honey or comes from a single source hive that has collected nectar from local sources and has not been treated with heat to pasteurize it.

Raw honey also has the highest antioxidant properties of all honeys. For our purposes as preppers, raw honey is the type of honey that we should use; it has its enzymes still intact.

Heating above 125 degrees F for a half hour usually destroys the enzyme content of most foods. Enzymes are very beneficial to your health and will aid both in digestion and overall health.

Most farm stand and farmer’s markets and local beekeepers honeys will be raw and unpasteurized. If you have any doubts, ask the person selling it, but as a general rule they are not pasteurizing their honey.

Related: Why Honey Shouldn’t Be Missing In Your Stockpile

Pasteurized honey is like pasteurized milk, it has been heat treated, usually at 161 degrees F or higher. Pasteurization is done to kill the yeast spores that are present in honey and responsible for its fermentation if the water content of the honey reaches 25 percent or higher. 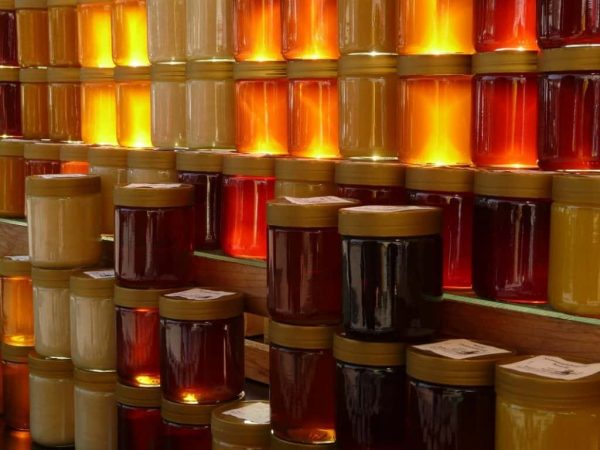 That is the reason why you keep your honey covered, to prevent it from drawing in water vapor from the surrounding air and diluting the honey until it reaches that critical 25 percent when the yeast spores will reactivate and begin fermentation.

Commercially produced honeys are often pasteurized because this also dissolves any sugar crystals that frequently develop in honey, giving it a granular appearance. People often see crystallized honey and think it has spoiled, but this is not the case, and simply heating it in a pan of water will melt the crystals back into solution. The reheating of crystallized honey is done simply by placing a jar of honey in a small pot filled with water and placing that inside of a larger pot and heating it.

Strained honey is honey that has been strained through a mesh cloth of some type. This removes many of the particles and contaminants in honey. It does not affect the enzymes and other properties of honey and is merely cosmetic.

Related: 23 Survival Uses for Honey that You Didn’t Know About

Filtered honey is heated to about 170 degrees F in order to make it more liquid to pass through the fine filter. The filtering process removes all of the particulate matter, pollen grains, and air bubbles, and it is very clear and more liquid than untreated honey. This is the kind also very often found in supermarkets. It also tends to crystallize much less than raw honey, so is felt to be more attractive to shoppers than raw varieties. 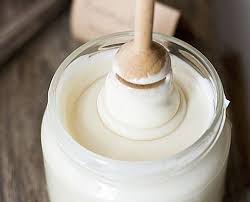 Creamed or whipped honey is another type of honey that has been processed to remove many of the large sugar crystals and therefore is much less likely to crystallize. The process involves the pasteurization of raw honey and then the blending of it with 10 percent creamed honey to form a honey with very small crystals that usually will not coalesce into larger crystals. This type of honey is very spreadable and is often used by people for toast and sandwiches. 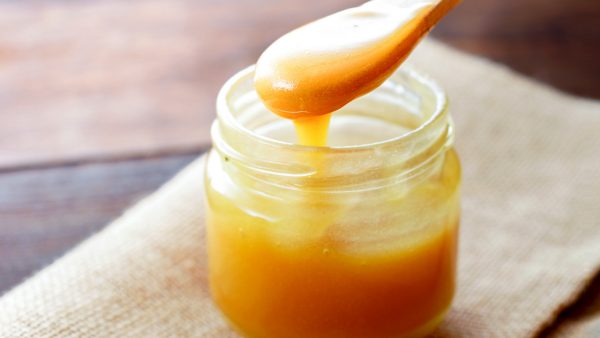 Manuka honey has the highest viscosity (thickness) of any known honey and also therefore has a very strong antibacterial effect. Hence its use in the treatment of wounds, where it has been shown to prevent infections as well as promote rapid healing.

I have used it many times and can attest to its superiority over other types of honey. It also has been shown to be quite beneficial for use for skin ulcers as well as for burns, and even has been shown to be effective against MRSA (Methicillin Resistant Staph. Aureus).

I highly recommend buying a few jars of this honey and using it exclusively for wounds, burns, and ulcers and use other less expensive honeys for eating and other purposes. It has an “earthy” type of taste to me and I am not particularly fond of it as a food, but that is just my personal preference.

Due to the limited number of Manuka trees there is naturally a limited supply of this honey available annually, hence it is much more costly than other honeys.

Beware of counterfeit types of this honey and buy it from a reputable dealer preferably from “down under” in New Zealand or Australia. Most of the honey sold worldwide as Manuka is counterfeit and made from oral sources other than the Manuka or Tea Tree.

Manuka honey’s strength and healing powers are actually measured by a system known as UMF or Unique Manuka Factor; the higher the value given in UMF labels, the stronger the healing properties. It is usually in a factor of ten range; for example ten plus, twenty plus, etc. 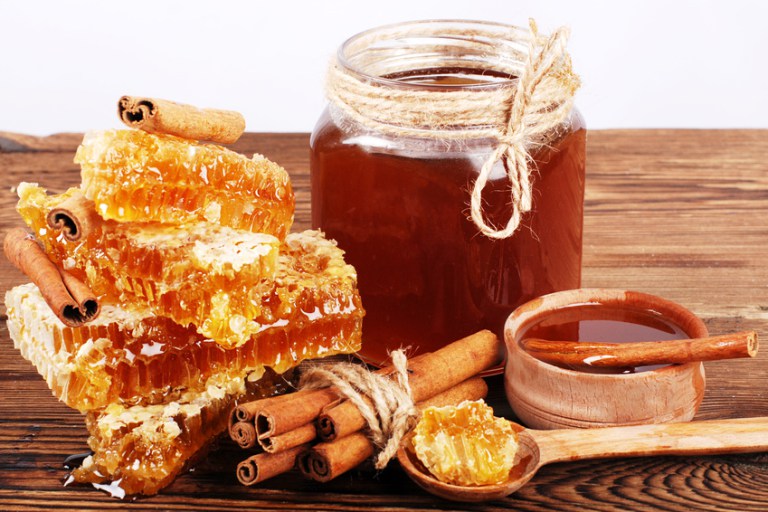 Pure honey is honey that has not been adulterated or changed by the addition of glucose, dextrose, molasses, corn syrup, starches, invert sugars, our, or any other foreign substances. The Chinese have been notorious for adulterating their honey and I would highly recommend not buying any honey from China for that very reason.

Unfortunately, there appears to be a lot of tampering with honey, especially from foreign sources.

If you can, buy local honey from a reputable beekeeper. There are many around and this should not be a problem. Finding a local beekeeper and recruiting him into your survival group is probably a very good idea.

Local honey will also have bene ts for any of your survival group members who have allergies. Again, crystallization of honey is not a sign of adulteration and comes about simply from honey’s sugar super saturation.

One not very scientific method for determining if honey is pure is to stir it into a glass of water. The adulterated honeys will dissolve much more quickly than pure raw honey, which tends to coalesce into clumps and take a little time to dissolve properly.

The Grading of Honey

A word about honey grading: Honey grading is primarily done on the basis of the water content of the honey as well as its particulate content and its color.

There are four grades of honey; A, B,C, and substandard. Grade A honey has the lowest water content, the least particulate matter, and is the clearest in color. Lesser grades have more of all of those factors.

Honey quality can also be easily evaluated by certain characteristics. The honey should flow off of a spoon in a straight stream without breaking up into drops. It should also bead up upon hitting a surface, and when owing onto a surface should form temporary layers that eventually disappear. This attests to its proper viscosity.

If your honey does not do these things then it probably contains too much water and is not suitable for long-term storage.

The color of honey tells you something in general about its flavor. The lighter honeys have a milder flavor and the darker-shaded honeys have a more robust flavor.

The overall color of raw honey is determined by the oral source of the bee’s nectar. However, long-term storage may darken a honey, especially if the honey is stored at a high temperature. Honey also lightens in color after it has undergone granulation. This is the reason that most forms of creamed honey are so light in color.

Over time many honeys tend to crystallize. This is normal and does not hurt the quality of the honey and can easily be reversed by gentle heating as described above. Depending on the type of honey, some such as Manuka, crystallize rapidly compared to Tupelo honey, which takes a very long time to crystallize. Crystallization means that the honey forms actual white-colored sugar crystals on the surface, this does not affect the quality or taste of the honey, and you should not discard honey that has done this.

How to Store Honey

As a prepper I would stock up on a large supply of raw local honey from a reputable source like a local beekeeper. You might even consider enlisting a beekeeper into your survival group. Or having some of your group members learn the art of beekeeping due to its incredible usefulness for a variety of survival uses from medicinal to nutritional, as well as pollination of your survival garden and orchard.

Since raw honey stored properly will last forever, and due to its multiple uses, I would keep as large a supply as you can afford. Honey will very likely be an important barter item in the post-apocalyptic economy.