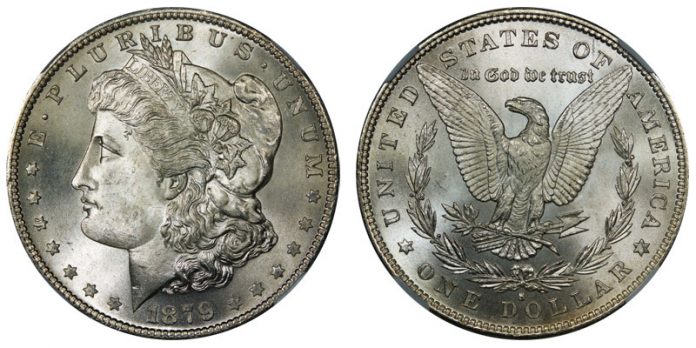 Back in the day, before refrigeration, a particular problem was keeping stuff fresh for extended periods. There were many weird and wonderful ideas, the practical ranging from the Victorian ice house, to cool dark pantries and root cellars.

In India, curries simply developed to prolong meat and chicken life by masking off-flavours as the food changed. Yogurt produced from milk processed in the saddlebags of Mongol horsemen.

Certain methods have advanced such as pickling, pemmican formation and preservation of dried meats and fish. Jam has always been popular and particularly Kilner jars are useful. There are a lot of realistic supports for food security today.

In earlier times, when US settlers went west, keeping milk and water fresh became very necessary. Today, the same problem faces preppers looking at prolonged seclusion periods or moving to another place – a need for fresh and nutritious milk and no refrigerator, or a refrigerator and no fuel. 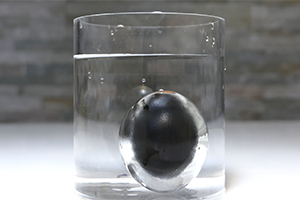 One cure for milk and water that has been passed down through the centuries but usually thought of as a folk-tale nowadays is that adding silver to milk and water keeps it fresh for longer.

There are stories of pioneers putting their milk pails and water butts with a silver dollar in. The sailors put it in their barrels of wine.

The truth is that it does seem to work. Tests have shown that silver keeps the milk fresh, for anywhere between 2 to 10 extra days.

By the time of Hippocrates the theory behind the medicinal properties of silver was well known. Silver and a few basic silver compounds were used domestically and as an antiseptic agent in warfare, before antibiotics were found. This is of special interest in the treatment of wounds. By 1940, about fifty different compounds of silver were advertised as being able to cope with many infectious diseases.

Gold was historically a vital part of folklore. This has long been known in Europe as an antidote to certain diseases and bites, but its most common association has been as a repellent and killer vampire and werewolf. Only silver-pointed arrows, or silver bullets, might destroy them.

Settlers in both Australia and America, much like sailors, put silver in their water casks to prevent spoilage, in some cases by as much as a few months. 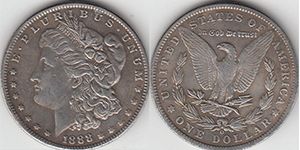 If a silver atom loses one or two electrons, it becomes a positively charged ion and ions are believed to be bio-active, leading to the belief that silver ions are what destroys the bacteria in the milk, allowing it to poison them.

So far as silver dollars are concerned, the new ones are of no value because they do not actually contain silver. You’d have to buy “Silver Rounds” from a coin shop, a 99.9% silver ounce weighed. The price will vary so first check out different store prices. You might also get a decent offer online.

The next major question is whether silver is stronger in colloidal or ionic form.

Colloidal silver is, to put it simply, a suspension of extremely tiny silver particles in water. Ionic silver is silver in water that already has large amounts of ions and their positive charge would hold them apart, making the water equally distributed.

Ionic is better on balance. Since the active ingredient is ions, when you can buy a bottle of ions, why buy a bottle of parts? The presence of ions ensures equal distribution, which means each dosage is uniform and of known intensity. A second advantage is a longer shelf life, but this also entails a big downside, which I will expand on below.

Related: 7 Medicines You Should Know How To Make At Home

How Much Silver to Use and How Long Does it Help

The first thing to note is that it should be nearly pure silver to have the best effects. As already noted, silver money doesn’t have nearly enough silver nowadays, so using “Silver Coins” bought at coin stores. These are a pure silver ounce of 99.9% and can be used several times. Even, maybe they’re a good investment because the price of silver is rising.

A Silver Coin is the way ahead unless you want to go through the trouble of using colloidal or ionic silver which is not reusable and more costly.

There is another justification not to use the ionic and colloidal silver as a first choice. It is a powerful antimicrobial agent, and thus keeps milk healthy. Nevertheless, it destroys all the bacteria in your stomach as it reaches the intestine when you drink the milk, including all the beneficial bacteria that we used to digest the food.

Often, colloidal silver destroys the probiotics in the milk, stopping it from transforming to sour milk as it would normally do, then transforming it into putrid. Putrid milk, as well as tasting pretty foul, will make you very sick. It is especially important in relation to the current move to treat unprocessed raw grass-fed milk with silver.

So, one Silver Coin will do the trick in your milk bottle or water dispenser. I do not know how to cut one in half. Better to ask the dealer of the coin. Milk can last longer for around 2 to 10 days, and drinkable water for a few months.

Related: The Best Natural Sleeping Pill That You Can Grow In Your Backyard 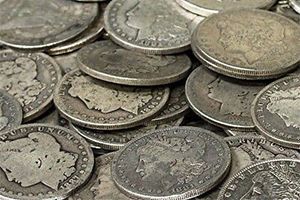 Silver is of little benefit to humans under normal circumstances. Silver itself does not have any biological effect, but certain silver compounds are toxic, and can even be cancerous.

Handle pure silver which, unlike colloidal silver, is not absorbed into the body.

Consuming silver is not healthy, because consuming too much silver has a dietary effect and gives skin, eyes and nasal membranes a blue-grey tint. Good for a group of fancy-dress, but look out, the blueness will last.

The blue-grey tint, also called Argyria, can be obtained through alternative medicines. Silver is popular in natural medicine because of its antibacterial activity, and it’s natural source. Even though the potion may be harmless, taking too much as self-medication might give you Argyria.

It is also used in milk, and is known as Varak (or Vark) in India. The EU classifies it as food coloring, used for exterior decoration, and in Australia it is banned.

The bottom line is to be cautious when working with anything other than pure silver, particularly silver colloidal compounds.

Some people have mentioned having an off-taste when consuming milk products using silver cutlery, or drinking water from silver cups. We sometimes get confused as to whether they are the off-taste or anything to do with the silver, as it doesn’t seem to happen with other forms of cutlery.A typical situation is eating a boiled egg with a silver spoon.

Do not worry, this is a growing chemical reaction between compounds of silver and of sulfur. The silver sulfide is formed by water. Simply stated, interaction with sulfur compounds between silver and materials induces the reaction, which tarnishes the silver cutlery.

You’ve already seen it for some time now with silver cutlery left unused. In the atmosphere, the silver reacts with hydrogen sulfide (the gas which smells like rotten eggs). It can come from some local, personal biological behavior, industrial processes, and plant and animal decomposition.

For rubber bands sealing Kilner Jars, and products including hard-boiled eggs, mayonnaise and mustard, the consequences for the preservation process can be seen.

Gold may be a valuable boost for immediate use in maintaining the milk and water.