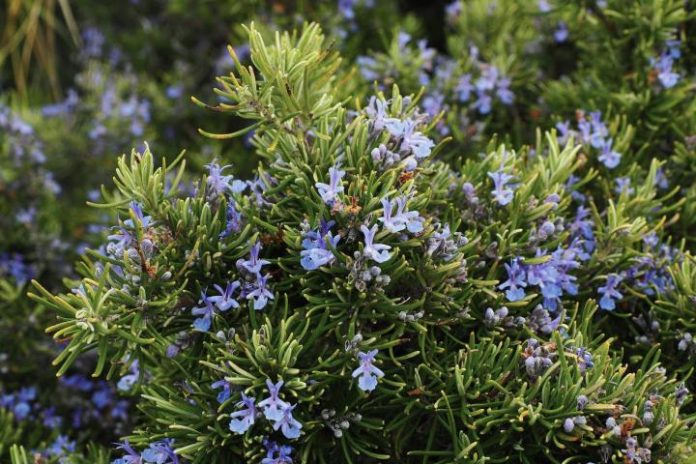 Over the years, Rosemary has brought us a lot of things, from its enticing vibrant flowers to the aromatic scents and flavors that improve so many recipes. Studies now however suggest that the value of rosemary may well go beyond what we have already learned about this common herb.

Scientists who have researched the herb say it can also help develop a healthy mental state and lift memory to an incredible 75 percent – and who couldn’t benefit from a boost in their memory?

Boosting Your Memory By Sniffing Rosemary

With all the work in laboratories to create and refine drugs, a pill or injection will be the first thing that many people could think about when they hear of a potential cure for anything like memory enhancements. Oh, that’s not the case here.

Fortunately, what has been discovered is that the secret to growing mental well-being and memory may be a herb that has evolved both naturally and in cultivation for years. And you don’t even have to cook or eat them. You just need to breathe.

As it turns out, Rosemary is much more helpful than most people would have imagined. Using it in aromatherapy, for example, is a simple way of providing a dose of memory boost, without going through an intrusive medication or procedure. And, science confirms this theory.

Your sense of smell has direct links to your brain, as they rely on each other for reality perception. And, it fascinated scientists.

Memory Is Linked To The Sense of Smell

Most of us have had a sense of smell from our history that cause a memory. For me, I immediately feel a sense of warmth as I walk past a tobacco store, as it reminds me of my grandfather and his pipe. Others may be reminded of someone, or a special time in their lives, when they are drifted by the fragrance of a familiar food, perfume, or even an unidentifiable scent.

According to scientific studies, though, the connection between memory and smell runs much deeper. Scientists have gone far beyond memory collection to investigate the chemical interactions that connect odor and cognitive function.

These studies have found a conclusive correlation, and showed that the rosemary scent would improve your memory. It can actually increase memory capacity by up to an impressive 75%.

Related: How To Make Fire Cider The Ultimate Natural Remedy To “Burn” Your Cold Away

In 1987, the journal Planta Medica published the first research on the effect of rosemary on mice. This research was performed by four scientists and found that blood levels of the 1,8-cineole and locomotive capabilities were both elevated after the rosemary oil was inhaled by the mice. Cineole is also known as eucalyptol, the substance mainly made up of eucalyptus oils.

Next came a report by the International Journal of Neuroscience published in 1998. In this study, nine researchers at the University of Miami School of Medicine applied their interest not to rats, but to men. They exposed 40 adults to aromatherapy for several minutes, some receiving rosemary, while the others got lavender, all while working on math equations.

They noticed that those receiving the lavender therapy were comfortable, yet drowsy. And although they did well with the therapy math problems, those with the rosemary therapy performed significantly better. They were much more alert and less nervous, and finished solving the issues much faster.

But, are scientists ever satisfied? Gladly, no. The International Neuroscience Journal was there early enough, and published their next study results in January 2003. They increased the number of participants this time to 144, and divided them into three groups:

Participants were not told what the main objective of this particular research was for, out of concern for the placebo effect being jeopardised. A Cognitive Drug Research tested a total of six diverse facets of mental function. The group that breathed in the rosemary experienced a significant improvement in results in memory in all the other groups.

A research by Lorraine Oliver and Mark Ross was conducted in 2012 in a more recent paper released by The National Center for Biotechnology. The goal was to see whether, as a result of the absorption of 1,8-cineole, eucalyptol, which has been used medicinally by ingestion for years, improved cognitive skills for everyday tasks.

The findings showed that inhaled rosemary could potentially affect cognitive tasks in a positive way. Yet research will still be continuing with science.

However, ample studies have been done to indicate that rosemary is likely to substantially enhance the memory and cognitive abilities of an individual. Even so, if you don’t have an aversion to it, it definitely can’t hurt to seek an all natural herb to improve memory.