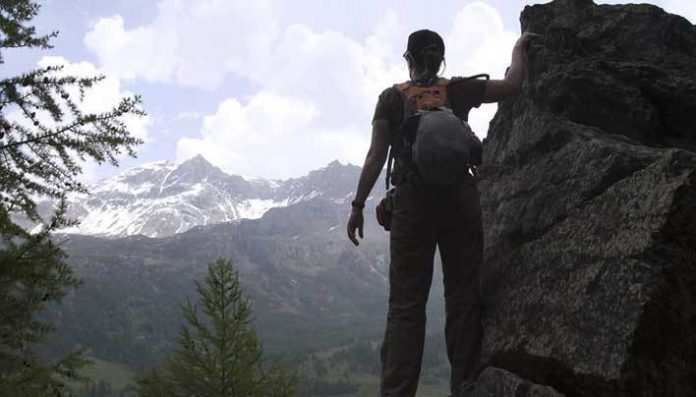 In a discussion the other day concerning the GPS, I opened my big mouth and mentioned “the proper way to do that would be…”. An additional comment got me to thinking about how reliant we have become on modern technology and the pretty much lost or dying art of navigating using celestial bodies, including the sun, moon, and stars. Our ancestors used the sky to guide them day or night, across oceans and deserts. Sure, our ancestors got lost from time to time or maybe they did not hit the exact point they were aiming for with pinpoint, GPS accuracy, but they did manage to get where they were going. Like any other survival skill, navigating takes some practice and it is best practiced when you have other items (like a compass or GPS) to rely on in case you fail the first couple of times you attempt it.

If you happen to be navigating with a map but without a compass and you do not find yourself lost in the flat desert or on open water, you should be able to orienteer yourself out of trouble. This is probably the quickest and easiest form of navigation to master when you have a map and visible terrain features or landmarks that are also marked on your map. Where most people go wrong with orienteering is they do not take the time to determine where they are on the map. They get in a hurry, guess, and days later find out the hill they thought that they were standing on top of was actually 10 kilometers north of where they were actually standing. Finding your location without a compass will require you to place yourself on top of or next to a landmark that you are certain is the correct landmark from which to start navigating. Finding that landmark may require some extra walking on your part but that extra walking will probably save you thousands of “lost steps” later.

Once you have determined where you are on the map, you will need to orient the map to the North. This is where using the sun will come into play. The quickest and easiest method to determine North, anywhere in the world, using the sun is the stick and shadow method.  You will need to find a reasonably straight stick approximately three feet long, a reasonably level, open spot on the ground, and a method for marking two locations on the ground.  Place the stick upright in the ground and mark the first shadow point. Wait ten to fifteen minutes and mark the second shadow point. Now, stand with the first mark on your left and the other mark on your right and you will be facing North. The first mark you made will always be West and the second mark you made will be East, creating an East/West line.  Naturally, behind you will be South. Most maps are printed with a North Arrow in the legend, so orient the map the direction you are facing.

Once you have oriented your map to North, determine which direction on the map you need to head to find safety, and the approximate distance to that location. In most cases, you will not be able to see where you ultimately want to end up from the point you are standing on the ground, so study the map and identify natural or man-made terrain features that are visible from your location AND between where you are and where you are trying to navigate to. Determine the distance to the terrain features (orienteering points) and  keep an accurate pace count as you walk. From that point you simply navigate from terrain feature to terrain feature, orienting your map to North as required to keep yourself on a reasonable course. If you stop to camp for

the night, I would recommend stopping early enough to get your East/West line established before the sun goes down and making a permanent mark on a tree or lining up rocks pointing North and the direction of travel you need to head at first light. Orienteering works best in the daylight when you can see things and even the most experienced navigators/orienteering experts tend to walk in circles in the dark.  f you do not have clear visibility of the night sky and the knowledge to navigate using the stars, I would always opt for stopping for the night.

If you do have a clear view of the night sky, you can use the stars and moon to guide you.  It is important to note, that the stars and moon can and will be obscured by clouds and canopy, so if you are attempting to navigate at night and lose sight of them, it is always best to find adequate shelter until they are visible again. Many people have been fooled by the thought that they can continue to walk the necessary course with no visible navigational aids and find themselves right where they started at first light. Doing this will only waste precious energy and mean the difference between life and death in a survival situation.

Personally, I find determining North at night easier than determining North using the stick and shadow method during daylight hours. If you are in the Northern Hemisphere, finding North is as simple as finding the “Big Dipper” (Ursa Major), determining the pointing stars (the two stars that make the side of the Dipper opposite of the handle), and estimating five times the distance between the two stars in the direction they point. There you will find the North Star (Polaris) and visualizing an imaginary line from the North Star straight down to the horizon will give you North. The North Star does not move in the night sky, so once you locate it, you will always be able to reference it. The “Big Dipper” does rotate around the North Star throughout the year, but the pointing stars always point to the North Star. As an additional reference in the night sky to locate the North Star, you can find Cassiopeia, which is directly opposite of the “Big Dipper”, and is a five star constellation which forms a “W”. The center star of Cassiopeia or the middle peak of the “W” points to the North Star.

Facing the North Star, West will be on your left and East will be on your right, with South at the rear. As a reference on East/West, locate the constellation Orion. Orion’s Belt, the three bright stars that form a straight line across the middle of the constellation (the only three bright stars that form a straight line in all of the night sky) rise in the East and set in the West no matter where you find yourself in the world.  Since Orion moves through the night sky, you will need to establish a good visual on where it rose and where it will set, by observing it as you navigate.

Once you have determined North, East, and West, stand facing the North Star and visualize yourself standing on the dial of a compass. The North Star will represent “0 degrees” on the compass if Orion’s Belt is rising it will represent “90 degrees”, and if it is setting it will represent “270 degrees”. With an idea of which course you need to take from your current location, rotate away from the North Star until you are facing that general direction and reference your viewpoint of the North Star and Orion’s Belt from where you are standing. If you can make out an identifiable terrain feature or other recognizable feature as a reference point mark it and start walking toward it. If you find yourself without terrain features and can maintain sight of the North Star and Orion’s Belt, you can keep yourself on course by referencing them as you walk. It is important to keep in mind that stars, including Orion’s Belt, move through the night sky. The North Star is really the only constant here, so unless you are plotting a course due North, I would not recommend picking a star on the horizon as an orienteering point.

Now, unless you keep a sextant in your pocket and know how to use it, orienteering or navigating using celestial bodies will never get you within plus or minus 50 meters of an eight-digit grid coordinate. It should not be looked upon as an exact science and before you even attempt it, you need to go ahead and prepare yourself for some frustration.  However, it could, with some practice now, save your life one day when you do find yourself without modern technology.

As with any other survival technique, there are plenty of other ways to determine North and navigate without a compass, map, or GPS. I only discussed a few here, but there are modifications to the stick and shadow method that take more time and are more accurate or you can use an analog clock/watch to determine North with the sun. There is a whole host of other means of determining direction using stars or the moon. I selected the methods that are easiest for most people to grasp, understand, and implement for this article. If you are interested in discovering other methods, there are entire books dedicated to this very subject.