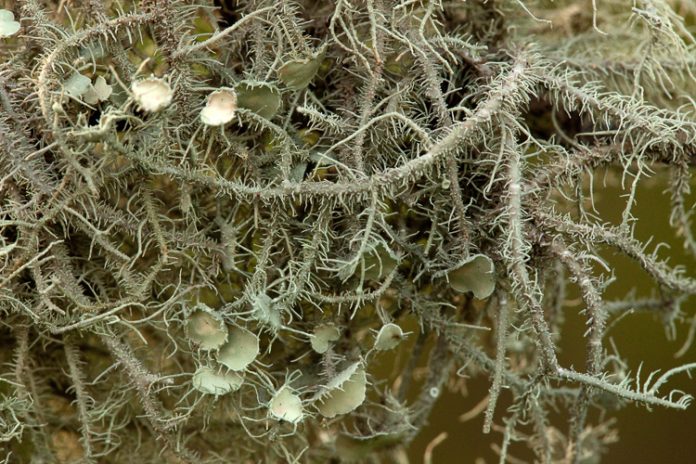 Overuse of antibiotics has been a cause of much concern in recent years and the dangers that overuse can bring, even to a normally safe person. While prescription antibiotics certainly have their place and benefit, overuse of them or inappropriate use of them may contribute to the creation of resistance to the medication developed for healing. Another problem is all the unpleasant and severe side effects that can come from taking antibiotics, for example, nausea, rashes, sensitivity to the sun, and possibly fatal c. diff colitis.

It’s no surprise then, that more and more people turn to natural remedies and antibiotics, like Usnea, for example. Do you wonder if natural and homegrown antibiotics can cause side effects or damage other people? Sure, like prescription antibiotics, side effects will happen. However, unlike more commonly known prescription antibiotics, Usnea can be totally safe without toxic chemicals and you might even find it right in your own backyard. You may also want to check if these extremely powerful natural antibiotics that are little known to mankind grow around your house.

Usnea is a fairly common and intriguing lichen found in many forests and woods across the world. A lichen is defined by Merriam-Webster as: “any numerous complex plantlike organisms made up of an alga or a cyanobacterium and a fungus growing in symbiotic association on a solid surface (such as on a rock or the bark of trees).” The Usnea lichen, which has a body with a netted hair-like texture is developed through a mutual relationship between fungus and algae. 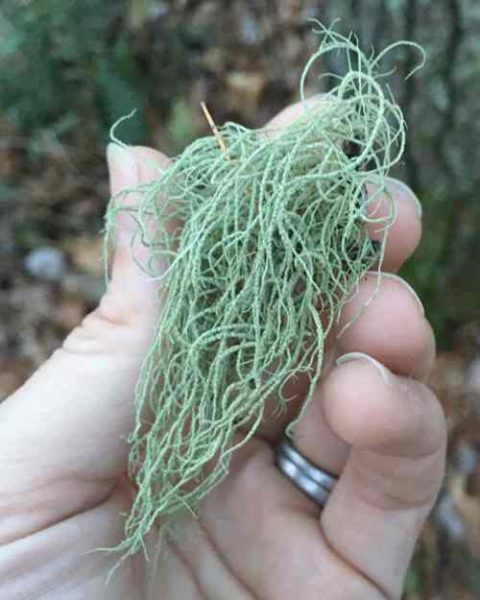 While there are many forms of Usnea lichen species, the one with the highest degree of medicinal value is sometimes referred to as the “Old Man’s Beard” because of its size. Sometimes found on trees, readily recognizable by gently pulling apart the lichen’s main branch. If it is Usnea, the outer green layer breaks and the presence of a stretchy white band substance found inside, it should stay intact. However, since this species is extremely susceptible to contaminated air, it is seldom found within city limits.

Usnea has been used by the Egyptian, Greek, and Chinese healers for medicinal purposes since ancient times. This is not a new plant nor is it a temporary or recent fad. For a very long time, it has been around for use in healing people with certain ailments. The outer portion of the lichen called the cortex, holds the composites of antibiotics and the inner portion (the thallus) contains a substance that stimulates the immune system.

Common ailments and conditions which are thought to benefit from the Usnea application include:

Some people with HPV (human papillomavirus) have found some benefit of using an Usnea type. It is recommended that a person apply a drug containing usnic acid (found in Usnea) and zinc sulfate to the vaginal region before and after the HPV lesions are surgically removed. By doing so, it may help improve the healing process and decrease the risk of the infection returning.

Though used globally since ancient days for different purposes, Usnea has eluded numerous herbal traditions that concentrated solely on vascular plants. However, usnic acid is known to disrupt the Gram-positive bacteria’s cell system such as Staphylococcus and Streptococcus, thus leaving the necessary natural microbiota intact.

Sometimes associated with respiratory and urinary tract infections, it is an especially formidable medicinal resource for inflammation and dampness. Usnea can also be used topically in treating MRSA and fungal infections such as candida.

Used as a wound dressing, Usnea could be a great cure for infected wounds, like cellulite. Usnea’s drying and cooling attributes help lower heat and redness from the infection. Because of the lichen’s inherent anti-microbial properties, it is also applied directly to an open wound to ward off infection. It can either be mixed with water to form a mixture to be applied or after it has been dried it can be used as a powder.

A spray may also be used to apply in places where fungi might be lingering such as the feet, either in the nails between the toes on.

Finding and Developing Usnea as an Antibiotic

Usnea can be applied either externally or internally. It can be developed into various forms; such as the following:

One will find any of the above types in a health shop. But, you can make your own too. And a walk in the woods could be all you need to find the main ingredient. You can often find it in the woods when searching for Usnea lichen to make your own remedies, either on trees or on the ground after falling from the trees. Look for hair-like growths similar to an overgrown beard. If you find it, put it on paper or cotton until you can get it back home. From there, you’ll have various options to develop a viable antibiotic and treatment that can be used for the ailments and conditions mentioned above.

Usnic acid is not water-soluble. So, extracting it in alcohol, oil, or gas is best. Depending on the shape you want to make or use, the method of extraction can differ. For example, placing the usnea in a jar when making a tincture or extract, then cover it with vodka. Let this mix sit for several months, then strain into a container with a dropper.

Whether you have any concerns or questions about how to produce the correct form, how to administer it, or where to find it, it would be helpful to consult a herbalist.