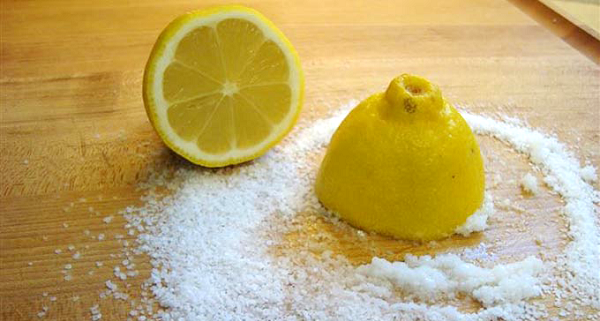 It is unusual that we see salt as a cure for something, once a harbinger of disaster for those with elevated blood pressure or those at risk for heart attack or stroke. Emerging research however, suggests that episodic salt use may relieve the migraine headaches symptoms.

Everyone who has a migraine history or who knows someone who is suffering from migraines, knows that a migraine will not start and finish with a simple headache. More commonly, headache is caused by or followed by nausea, vomiting, vision changes, or paresthesia (numbness or tingling, typically experienced in the hands and feet, arms and legs). During a migraine, some people may experience light sensitivity, sound, or other sensory stimulation, irritability, a change of appetite and other symptoms that may decrease. The experience with migraines will last from only a few hours to several days.

Too little or too much sodium may interfere with action-potential performance, interfering with cellular function. Hyponatremia, an abnormally low sodium level, may cause headaches, tiredness, hallucinations, and muscle spasms. Hypernatremia, an abnormally high sodium level, may be causing weakness, seizures, coma, and death. Extreme dehydration most frequently results in hypernatremia. In normal circumstances, our bodies control a limited range of sodium levels to prevent either hypo- or hypernatremia.

Salt is vital to healthy body function. Since our bodies are unable to produce salt, we have to get it from the food we consume. The official adult salt intake guideline is no greater than 2300 mg per day. On average, adults eat much more salt than that – above 3400mg daily. Most of the salt we eat at dinner table doesn’t come from the shaker, but from refined foods and restaurant foods.

Related: 26 Ancient Remedies That We Should Revive from History

We know very little about the relationship between diet and migraine headaches, except for certain foods that cause other forms of migraines. Interestingly, certain common migraine food causes are themselves high in sodium.

The relation between fluid and electrolyte balance and migraine headaches was first identified long ago as early as the 1950’s. Studies have been able to note that those with migraine history excreted more sodium in their urine by comparing the blood and urine sodium levels of people with and without migraine history.

Researchers have discovered that during a migraine, the sodium levels differ predictably. It is unclear if migraine is caused by changes in sodium levels or whether it is the migraine condition (the prodrome, migraine “attack” and postdrome) itself that causes fluctuating sodium levels. Our sodium levels differ according to our diets, level of activity, hormonal changes in our bodies, and in response to dehydration – all that migraine triggers. It may help to understand the relation between sodium and migraines.

More recently, researchers looked at the 24-hour diet recall and recorded symptoms of almost 9000 individuals with headache. This review revealed there were more migraine headaches experienced by those with lower dietary salt (sodium) intake. While there appears to be a connection between sodium intake and migraines, the exact nature of that connection is unclear. Further work is needed to decide how salt could best be used to treat migraines. 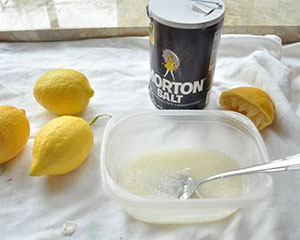 If you’re interested in trying a salt remedy when your next migraine hits; try this recipe at the first inkling of on on-coming migraine.

Mix the juice if one lemon with 1-2 teaspoons of salt in a glass of water.

But is it Worth the Risk?

For many years, we assumed that high salt intake was associated with high blood pressure, heart disease and stroke, particularly for people over 50 years of age or for people with hypertension already present. The recommendation to limit the consumption of salt was applied to the entire population irrespective of age, race, sex, or state of health. Restricted salt consumption tends to be beneficial to individuals at higher risk. However, there is growing doubt whether or not minimal consumption of salt has any important benefits for those at low risk for hypertension, heart disease or stroke. There is even some evidence to suggest that a limited intake of salt can actually increase the risk of cardiac disease in a population otherwise healthy.

Each migraine is as distinct as the person who experiences it. As we learn more and more about migraines (especially the genetic factors associated with migraines) we may learn that different types of migraine headaches actually occur. Until then, with the knowledge and tools we have we will do the best we can. If salt works for you, this could be a simple, affordable and inexpensive “cure” one for you and millions of migraine sufferers.