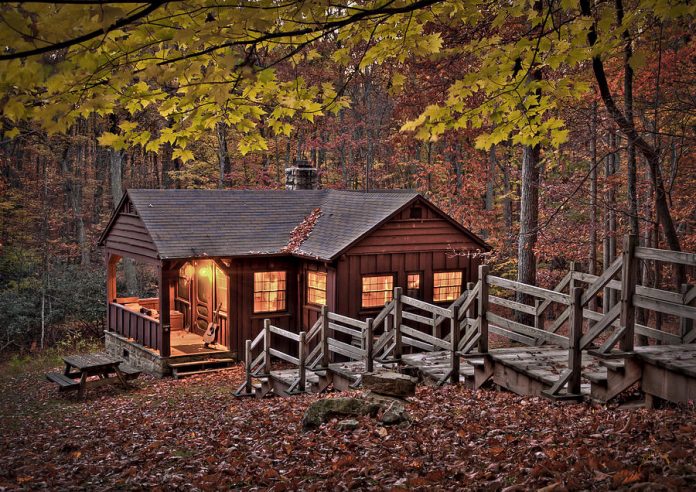 A popular question that many individuals are asking these days is how to get off the grid with no money. It may seem non-sensitive to go off the grid in the luxury we take for granted today. But the truth is that there are hundreds of thousands of people who will choose to live off the grid throughout North America.

Why? Because they’ve decided that it is better and more rewarding to live a life of true self-sustainability than to live a life connected to the power grid.

In other words, those who live off the grid don’t want resources to be dependent on the outside world. By living off the grid, you are free as a civilization from society, government, utilities, and everything else we’re used to. Is it a good thing or a bad thing? It depends on you.

If you’re reading this, it is probably because the off-grid lifestyle at least interests you. You probably want independence, the capacity to sustain yourself and to work in nature outdoors. You also probably want to find a way to get off the grid in a way that costs as little as possible.

Here’s the truth: going off the grid, no matter what, it is going to cost you some money. But it won’t cost you a fortune, either, and there are steps you can take to reduce the cost to the greatest extent possible. Let’s talk in greater detail about how to go off the grid with no money.

What Does It Truly Mean To Live Off The Grid?

Off-grid living isn’t a novel phenomenon. In reality, mankind has flourished by living off the grid for much of human history! Only a few hundred years ago, without being linked to a ‘power grid’ of sorts, each family that sustained itself did so.

Today, living off the grid in the 21st century means living free from any dependency on the rest of society. You’re sustaining yourself.

This also means no power grid link, no running water from a water utility, no heat and electricity from an external supplier, no going to a grocery store and instead raising your own livestock and gardens, and no reliance whatsoever on society, the public, or the local authorities.

Many individuals who live off the grid these days do not really live off the grid. While they can build their own running water and electricity and so on, they can still go to town again and again to stock up on food and supplies, watch a movie at the cinema, watch a sports game, and so on.

And that’s just perfect. If you grow your own food and build your own running water and electricity for the kind of lifestyle you envision, but still go to town every so often for supplies or for other purposes, that’s totally cool as long as you keep your dependency on society to a minimum.

In summary, in order to truly live off the grid, each of the following things must happen:

It may sound like it takes a big financial commitment to transition completely to that kind of lifestyle, but soon you will learn how to go off the grid with no money at all (or at least a very small investment).

Related: How to Maximize the Range of your Radios

Why Should You Go Off The Grid

Ask somebody who lives off the grid why they choose to do so and they will likely respond with one or more of the following:

While some individuals live off the grid because they have to, it’s an option for others. You’re going to have to struggle a lot harder to support yourself, but the tradeoff is that you’ll get a lot more freedom as well. And in the case of a major disaster that would devastate the more urbanized cities, one of the greatest benefits of living off the grid would be the fact that you can support yourself.

No matter what, you will always feel the consequences of economic collapses, EMP threats, and natural disasters, but in those dangerous days, you will still be able to support yourself. In comparison, those who are linked to the power grid and rely on society would find themselves in utter turmoil in those forms of major national disasters, with a dramatically high risk of being killed.

While the shops are being robbed and people are boarding houses, you can be peacefully nestled on your property and comforted to know that your family can still be fed. That doesn’t mean you’re never going to face danger, but it does mean that, unlike those who are completely linked to the grid, you’ll be at considerably less risk.

Steps On How To Go Off The Grid With No Money

Yes, the first step towards living off the grid is saving money. Well, and guess what? You can save money in a large number of ways!

Cut some unnecessary bills for one thing.

Membership in the gym? Switch from working out at home .

Going to the cinema for the movies? Wait for it to come out on Netflix or Digital HD.

Dining out? You can do it at home.

Car payment? Sell your car and get a less expensive one (and have cheaper insurance).

Health insurance? See if a cheaper plan is possible.

Shopping? Go to discount stores or buy in bulk.

You’re getting the idea. You’d also be shocked at how it can actually save you money simply by making it a routine to always use coupons. All in all, on average, it is possible for you to save anywhere from $500 to $2,000 a month just by cutting back on your costs. A couple of months of savings, and you’re going to have enough to get off the grid.

Although it is nice to save money, you could easily be tempted to use it.

That is why you need to have a place to put your saved money, and a new off-grid savings account where you make it a rule to never touch it would be the perfect place to do that. This bank account is supposed to grow from a few hundred to a thousand and then to a few thousand, and the more it grows, the more eager you are going to add even more money to it so that it continues to grow.

Look, this idea of just saving money may seem like the obvious way to get off the grid if you don’t have any money to start with. But guess what, though? It’s functioning! And if you actually have no money but want to get off the grid, the only way to do it is to show patience and set aside funding. You can’t just purchase property for free, after all. Talking about property …

The property for your off-grid location needs to have several things, including each of the following:

Your off-grid property also needs to be inexpensive, and if what you’re searching for is the cheapest property out there, you’re probably going to have to understand that the property is going to be a little run down and a ‘fixer-upper.’ For example, if there’s already a house on the property, there might be some problems you need to fix on your own, but the tradeoff is you’re going to pay less up front.

Also, note that you don’t even have to purchase a large piece of land. It is ridiculous to have this idea that going off-grid means you have a huge eighty-acre homestead. Many of those living off the grid have two to five acres of tiny bits of land.

STEP #4 – BUYING THE PROPERTY AND MOVING IN

Be completely sure that, before you buy it, this is the property that you want. In the United States, for every acre of land, you can expect to pay $3,000 to $4,000. So that’s fifteen to twenty grand to put down for a five-acre plot of a homestead. Yeah, there are some places where you can buy land for less than that, but you can consider 3k to be a decent baseline.

If the property has a house or sheds on it, then it will obviously cost much more than that (more on this in the next section). The only real step left would be to move in once you purchase the house. If you set your mind to it, it is possible to move completely off the grid in less than a month.

How Much Does It Really Cost To Go Off The Grid?

So at this point, you’re probably wondering: how much would it really cost you to go off the grid? $100,000 to $150,000 for a small piece of land with a small house on it is probably what you’re going to expect to pay.

As an alternative, for a fraction of that amount, you might buy a small piece of property, and then install a tiny house on it for ten thousand dollars or more. Obviously, this will be for singles and couples only, but it’s always something to think about.

As for extra costs, for a solar system with 1500 Watts, you can expect to pay five grand or a little less, while a septic system can cost you up to twenty-five grand.

So how do you go with no money off the grid? You don’t, in short. But, at least when opposed to the $250,000 suburban neighborhood homes that are a big cornerstone in the United States right now, you can go off the grid on the cheap.

If this is something you want to pursue, you’ll really need to save money, and then you’ll need to look for the cheapest property you can get while keeping additional expenses to a minimum.

That’s really the recipe for finding a cheap place right now to live off the grid, and while it may sound overly simplistic, you can’t just buy land and move on to it with all you need for free. To think that way is simply unrealistic.

Save cash and find a good deal. Do that, and you can spend less money moving off the grid than you would moving into a home in the neighborhood.