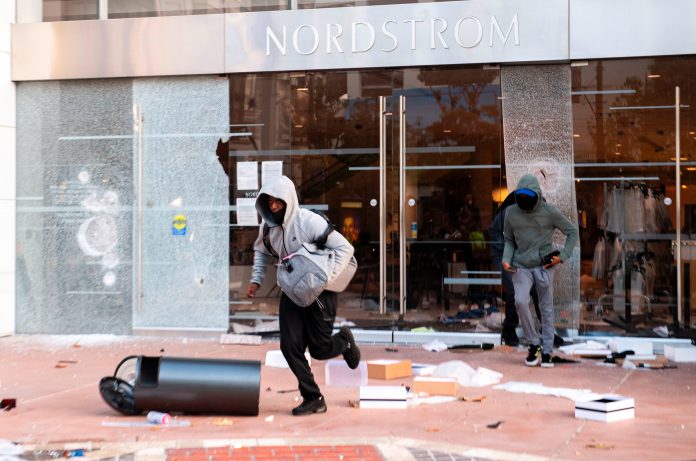 There is not anything that any of us can do to avoid the occurrence of a natural catastrophe or doomsday style scenario in our towns and cities. All we can do is ensure that we are in the best possible place to ride out the worst of the situation and come out in as good a form as possible on the other side.

In other words, you had better ensure that you are as well-prepared as possible if you want to survive, but where do you start?

There is a nearly endless list of stuff that you can ‘prepare’ as well as many new skills that you can learn that in the future will certainly benefit you. I’m going to focus on only one thing for this post, however, how to make your home as ‘looter-proof’ as possible.

How to Make Your Home Less Appealing to Looters

The vast majority of homes in the US are not really secure, if you think about it. Sure they may have a top of the line alarm system fitted, but let’s be frank about it; when all hell’s breaking loose, who will respond to a ‘bells and whistles’ alarm system?

You’ll need to look for some more efficient ways to stop looters, because your warning system just won’t cut it. That’s not to say it’s not worth getting a decent alarm system; they’re still one of the best home intruder deterrents you can have. It’s just that when there is no law enforcement around to respond to it, an alarm is of little use!

So let’s discuss the best ways to make your home a less desirable option for looters, for that matter, or some other unwanted intruder.

I’m not saying that you should look like some run down hovel on your property; far from it. What I suggest is to make your property look as unappealing as possible to a target. Make it look like it’s going to be a lot more complicated to get into than it’s worth compared to any other neighborhood home. 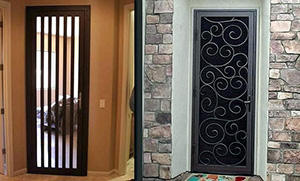 There are a few ways to allow looters to target other assets rather than yours, which can be used. The first is to fit a noticeably heavy wrought iron storm door that would undoubtedly take a great deal of effort to get through.

Under all your downstairs windows, you could also grow large rose bushes or similarly thorny shrubs; they might look beautiful, but trust me, you wouldn’t want to push your way through one to get to a window, especially when there are other nearby properties that don’t have a thick thorn barrier protecting them.

A new wrought iron storm gate and strategically positioned rose bushes would undoubtedly make it harder for a possible intruder to gain entry, but they would be considered a mere impediment to a hardened criminal. If you want to keep these forms of vermin at bay, you may need to step up your game a little.

A storm gate is just as strong as the lock locking it for a professional criminal, so always try to have as strong a lock fitted as possible; this clearly goes for all your windows and doors too. By fitting cheap door clubs, you can further secure all doors, which will make almost every solid door impenetrable.

By forcing a door, most intruders can attempt to gain entry to a house, but the next most common forced entrance is through a window downstairs. There are a few ways you can make your windows stronger; strengthen the locks on them as described above, and add a sticky transparent film that is designed to make them practically shatterproof when applied thickly to the inside of your glass.

Don’t advertise that you have something others will want! 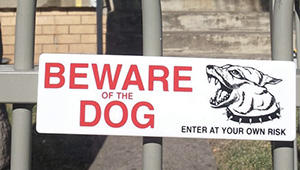 Signs can say one thing to one person, and something completely different to someone else. For example, take the ‘Beware of the Dog’ sign. It warns people that there is a dog on the premises; either they’re going to give a broad berth to your home, or they’re going to be dumb enough to get bitten, but the chance of someone stealing your dog is slim.

Now compare that to someone who puts up a sign advertising that they’re going to shoot looters on sight, or that they’re an NRA member. Obviously, this form of signage would discourage a lot of looters, but there will be a few that deliberately target the property to steal the guns of the owner.

They will not be protected even though those guns are locked in a coded gun safe, so if anyone tries to injure your wife or your child until you open it, you will open it.

By the way, if I have not said so before, it’s a wonderful idea to have a guard dog trained to protect you and your family.

Related: Self Defense Options Are More than Just Guns

Make it difficult for looters to reach your door, never mind opening it!

You shouldn’t just sit and wait for an attacker to try and push them open if you’ve fortified your windows and doors as outlined above; you should at least make them work for that moment! 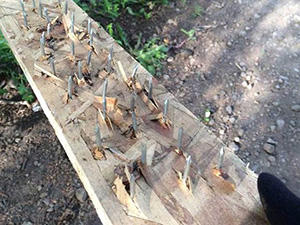 Making it as difficult and as risky as possible for potential intruders to maneuver from the perimeter of your property to your actual house would not only make an effort to rob your home even less enviable, but it will also give you more time to practice your home protection against those dumb enough to try.

The use of barbed wire on surrounding walls and fences, trip wires that cause all kinds of unpleasant surprises, booby traps such as nail spikes (pieces of wood pounded through them by large nails that are concealed on the ground, waiting for unsuspecting intruders to stand on them) can be protective measures.

It is up to you whether you put up notices alerting people that security measures are in place, but keep in mind that not everyone who comes to call will have ill intentions. You may also need to review the laws of your state on what you can use legally. However, when there is no law enforcement to protect you in a SHTF situation, many individuals will simply do what they need to protect their home and family, regardless of what the state legislation says. 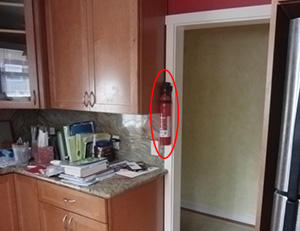 A fire extinguisher is one item that should be in your home, especially in a situation when looting is rife!

It might seem a odd item to add to your list, but if looters are desperate to get into your home, they will sometimes put it under siege, but they will not be able to gain entry despite their best efforts due to your precautionary measures and your defensive efforts. This will cause them to become agitated, especially if no other homes are left to attack, and they will begin to resort to more drastic tactics to force you to leave, allowing them free unhindered access. Sadly, this could mean that they’re trying to burn you out.

That is why it is a smart move to have a few extinguishers or strategically positioned buckets of water lying around, prepared to tackle any future firebombing assault.

While the basic steps outlined above barely scratch the surface of what you can do to defend your home from looters and other criminal elements, they can still help significantly increase your odds of preventing targeted attacks.