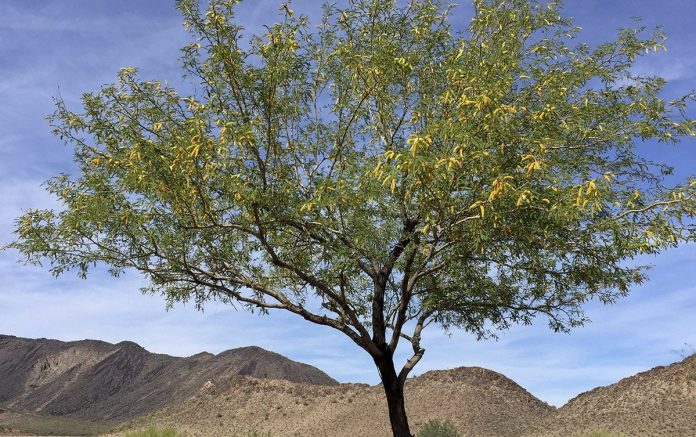 What is a Mesquite Tree?

Mesquite trees, also referred to as ‘Devil Trees’, are native to Southwestern America and if you know how to use them, can be a great tool. Mesquite trees occupy more than 100 million acres of U.S. land with more than 50% of it in Western Texas. 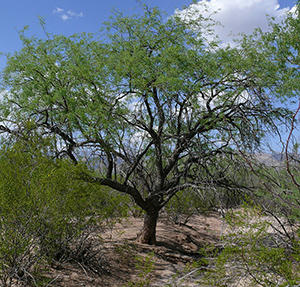 The bark of the mesquite tree ranges from a yellowish to a reddish-brown hue and in texture, it is quite rugged and hardy. The leaves are fragile and fern-like, yet long, sharp thorns cover the base of the leaf stems.

Fluffy during the spring; frothy clusters of blooming flowers. They are typically a shade of light yellow or black.

During the fall, mesquite trees grow long, beans containing tubular pods. Those beans are edible and that’s the real point of the article today.

The History of The Mesquite Tree and Its Beans 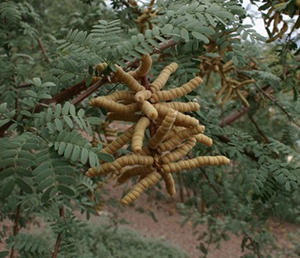 Mesquite pods and beans are among the oldest known North American prehistoric foods.

Later, settlers used wood to build wagon wheels, furniture, fence posts, wooden walkways, and campfires. The beans were called “heavenly manna” and people would sometimes roast or boil them for food. During the Civil War, the soldiers used mesquite beans roasted and ground as a replacement for coffee.

How to Grow Mesquite Trees

Sometimes, Mesquite trees can be harvested from the desert, requiring no real work on your behalf or they can be grown as a domesticated tree on your property.

You can grow certain plants from seeds or sprouts or from a reputable nursery you can buy young trees. Mesquite trees recover nitrogen in the soil, much as legumes do and they do not require additional nitrogen or minerals. 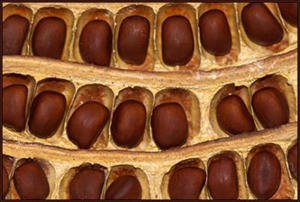 Germination happens at temperatures between 80 and 85 degrees Fahrenheit, in soils that are not too sandy or humid.

Place the seeds in the position you want and dust them with topsoil. Water the seeds continuously before they sprout, either by rainstorms or through bucket watering.

They should do best under drier, slightly hotter conditions after the seed sprouts, ideally about 90 degrees Fahrenheit.

Dig a hole twice as broad and as deep as the roots. Fill the hole with water to the top, then leave it for about 30 minutes, and check how it drains. If there is still some water, you need to add about three to five inches of sand or small rocks to the bottom of the hole to help drain.

Place the sapling in the hole, then fill it with soil back in. Keep the soil moist for the first 60 days around the tree, to help it grow itself better.

Your mesquite tree will no longer need you to water it after this 60-day period, unless you experience extreme drought. This tree is native to the desert and will drink any and all the available water. If you keep overwatering your tree, it will grow rapidly but have weak wood.

If you live in zones 6 through 9, no additional work will be required to keep your Mesquite tree alive during the winter months. If you live in or below zone 5, you’ll need more work to do.

To overwinter a mesquite tree, it is best to heavily mulch your tree, cover it in burlap, and to do what you can to protect it from harsh winds.

In planters or pots, Mesquite trees don’t do well, as they require a long taproot and root system. Because of this, they can’t be taken indoors, unless you want to keep them as a tiny shrub-sized tree.

How to Harvest and Store Mesquite Beans

Seed pods are ripe when they are dry and brittle during June; July; August; and September.

Pick the pods directly from the branches; rather than the ground; to avoid contamination by bacteria and insects. 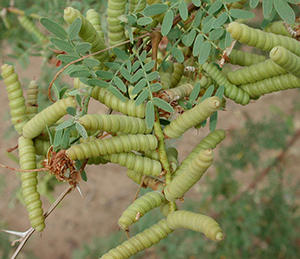 Seed pods are mature when dry and brittle during June, July, August, and September.

Pick the pods directly from the branches instead of the ground, to prevent bacterial and insect contamination.

If you choose from wild Mesquite trees (rather than a tree you raised), it’s recommended that you taste each tree’s beans to avoid the bitter beans. Even if the trees look alike and grow together, their flavors can vary widely. A good Mesquite bean is sweet and in its flavor resembles a candy.

To store your beans and Mesquite pods, dehydrate them first. To dehydrate the Mesquite beans, you can lay them out for a day or two in the sun or stick them in the oven at 150-175 degrees Fahrenheit, until they are dry and broken.

Upon dehydration, store in a cool, dry place. Freezers are an excellent option for the storage. It is safe to ‘breathe’ your storage space.

How to Fix and Serve Mesquite Beans

Mesquite beans have a sweet taste (like a combination of malt, mocha, cinnamon, and vanilla), nutty-like texture, contain large quantities of fibre, minerals and protein, and are gluten free. 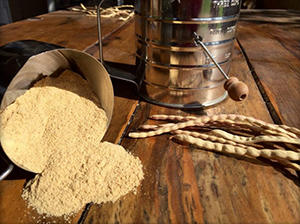 Using the syrup to sweeten something you would normally put on, like pancakes, waffles, ice cream, or on chicken or pork as a glaze.

Only sugar can be used for brewing a special craft beer.

Treat the jelly as you would any other – spreading it on biscuits, crackers, toast, and more.

Tortillas can be made with mesquite flour, as well as waffles, pancakes, cornbread, cookies, bread, banana bread, zucchini bread, muffins, fruit cakes, and more. Native Americans mixed a little water in the ground meal to form small, round cakes. They’d eat it raw, fry it like soup, or use it to thicken stews.

Mesquite flour is used for creating a soothing beverage. When allowed to ferment, a mixture of water and mesquite meal produces a fizzy alcoholic beverage.

You may also add a tablespoon or two of mesquite flour for a shot of flavor to your coffee or tea.

Mesquite trees are unique; handy sources of food and flavor. Harvest them from a nearby desert; or grow your own to have your own unlimited supply of sweet mesquite beans!