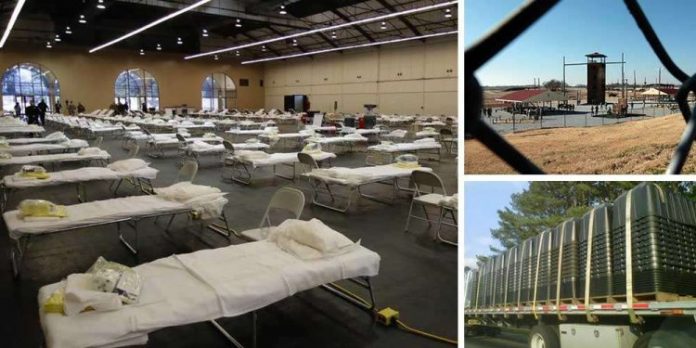 Over the last decade or more, FEMA has become one more federal agency that everyone loves to hate. I wouldn’t say that it’s hated anywhere near as much like the IRS, but it could very well be in second place.

Sadly, the reason for this is the poor track record that FEMA has in doing what is supposed to be its main purpose; helping people and communities recover after a disaster.

As with preppers, FEMA doesn’t know what sorts of disasters they’ll be called on to deal with. Considering how wide a range of possibilities they can cover, they’ve been given an impressive “toolkit” of authority, allowing them to do things in an emergency that no other government agency can.

Apparently, all of FEMA’s authority comes from Executive Orders and not from the legislation. That should be enough to give any sane person pause. But if it doesn’t, then exactly what some of those executive orders give FEMA authority to do should scare the socks off of them.

There’s a whole lot more than that, but those are some with the most far-reaching potential effect in a time of crisis. 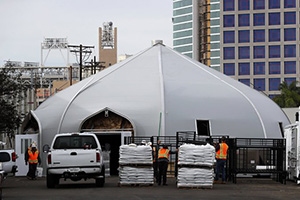 They are also empowered to set up refuge centers and relocation camps, of which there are currently over 800.

While those are ostentatiously intended to be used as emergency shelters in the case of crisis, FEMA has the power to use them in many other ways, including detention centers and reeducation camps.

The thing we need to realize is, that any power the government grants itself eventually is turned into evil, no matter how good the original intention. The “Law of Unintended Consequences” pretty much guarantees this, even without those in the government who have more nefarious purposes in their hearts and minds. Those people will create their own unintended consequences by manipulating the law.

We are living in a time where political correctness rules the landscape. Cancel culture is destroying any public figure who doesn’t agree with leftist doctrine.

While the average Joe on the street may not get canceled, you can be sure that the woke mob, ANTIFA, or some other leftist group will have their way with him, if they find out that he’s not in lockstep with their beliefs.

All it would take is for the sitting president to declare that the political polarization in our country is a national emergency and the full power of FEMA would be released. 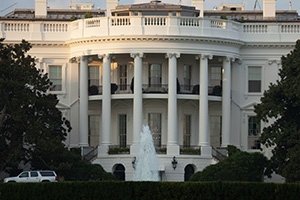 Depending on the direction of the White House, FEMA would have the ability and authority to round up anyone and everyone who doesn’t agree with the current administration’s political ideology. All it would take is for them to declare those people (us) as “dangerous to the peace and tranquility of society.”

While there are many who are calling all this nothing more than conspiracy theories, I fall back on my original statement that any law which is passed is eventually used for nefarious purposes.

If that happens, here are a few things we could expect:

Confiscation of Our Guns

It’s a well-established fact that FEMA doesn’t allow firearms in their “refugee camps.” 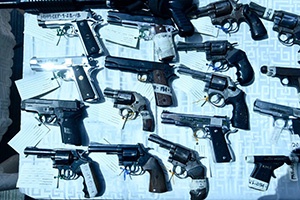 We first saw this during Hurricane Katrina, when people entering the centers that FEMA set up were stripped of their guns upon entry. It didn’t matter to the people running the camp that those in the camps couldn’t defend themselves or that they were being attacked by others.

The Second Amendment enshrines one of our most important rights. Yet there are many in government today, who have the attitude that the Second Amendment is a government-granted right, rather than a restriction on the government, preventing them from taking our right to keep and bear arms. Their viewpoint is wrong; but dangerous.

Curtailing of Freedom of Speech

One of the most likely scenarios for opening up those FEMA camps and filling them is that of “reprogramming” conservatives who don’t agree with leftist talking points. There are already those who are calling for such action and have been for several years. As time goes on, we can expect to hear more and more politicians talking like that. 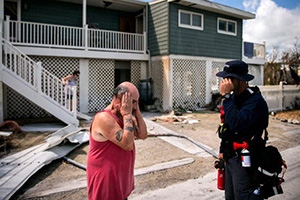 But the real danger is that they’re currently laying the foundation for such action, based upon the left calling words “violence.” That’s their justification for groups like ANTIFA being so violent. The way they explain it, those on the left who use violence are only responding to the violence of “hateful words.”

But then, to them, any words that don’t agree with their worldview qualify as hateful words.

With this as a potential motive for rounding people up, you can be sure that when they do, they won’t be allowing those people who have been rounded up to have any freedom in what they say. As part of their “reeducation” their speech will be tightly controlled.

Rapes and Other Brutality in FEMA Camps 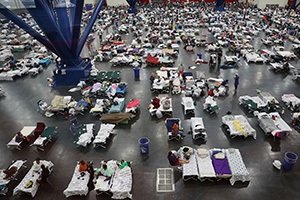 Going back to the refugee centers set up during Hurricane Harvey, we can see what the results of taking people’s guns away from there are.

With the people unable to defend themselves, they were easy pickings for the violence in society.

One of the reasons that firearms are so important for self-defense is that evil people are much more likely to use violence and even ugly brutal violence, in order to get their way.

Without firearms to defend ourselves with, we are at a serious disadvantage. Yet it is clear that there are many who don’t care about that. They would rather have us as victims, than people who can defend themselves.

All of the “Defenses” are Pointing In, Not Out

Regardless of what the government tries to say about FEMA camps, one of the glaring truths about them is that they are designed to keep people in, not keep people out. Just as with any other prison, all the defenses are focused inwards, rather than outwards. 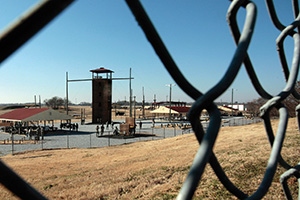 Perhaps the most obvious sign of this is the razor wire that’s placed on the tops of hurricane fences. When that’s done as a security measure, the brackets holding the wire are angled outwards. But in the case of prisons, it is angled inwards to help keep the prisoners from scaling the fence and getting out.

Of course, the government tries to say that those defenses are there to protect those who are housed in the camps; but it’s just a lie.

Yet with so many sheeple who are willing to accept what the government says, as long as they are given free stuff and otherwise left alone, it has ended up being an effective lie.

Once You’re In, You Can’t Get Out

This leads us to the next point; that is, once you’re in, you can’t get out. Those camps aren’t about a short-term solution to a disaster or they wouldn’t be configured the way they are. They are highly secure locations, designed to be used in an emergency.

The thing is that once the government has control over someone, they don’t want to let go. We don’t just see this with FEMA, but with every department of the government.

So there’s no reason to think that those running the camps will have a sudden change of heart and decide that justice is best served by setting all those “dangerous” people free to spread more verbal “violence.”

There are Plenty of Guards in FEMA Camps

I suppose someone out there could argue that the government doesn’t have enough people on the rolls who could serve as guards, should the order ever go out to use the FEMA camps. That argument is preposterous on several levels.

First, if FEMA posted jobs for guards, they would probably be overrun with applications. Depending on how picky they are, finding as many people as they need shouldn’t be a big deal. 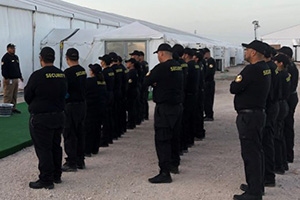 But that’s not the only card that FEMA has up its sleeve.

This has been happening in a number of agencies that have previously had no need for any sort of armed personnel or law enforcement officers. So, what’s the difference? It appears that these agencies want the ability to be able to force their will upon the people. That means armed personnel; people who can be called upon to serve as guards for FEMA.

One good example of the militarization of federal agencies was the case of the Bureau of Land Management’s attack on Cliven Bundy in 2014. The dispute over land use escalated when 200 armed federal agents arrived at his ranch, making it over and killing off his cattle. The armed federal officers who descended upon his ranch represented a wide variety of government agencies. 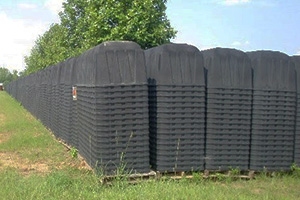 One of the things that came out a number of years ago is that FEMA had bought a billion dollars worth of “disposable” coffins. Those who have tried to debunk that as a conspiracy theory have said that those weren’t coffins, but rather the waterproof vaults that coffins are placed inside.

Okay, so what? That doesn’t stop them from being able to be used as coffins. If anything, it verifies that’s what they are.

Why does the federal government need all those burial vaults? Why stockpile them? That seems even more sinister when you consider that FEMA doesn’t really stockpile much else in the way of emergency supplies.

When Superstorm Sandy hit the New Jersey coast, they didn’t even issue a Request for Quote (RFQ) until the day after the storm hit. If they are that cavalier about getting bottled water to people, why do they need a stockpile of burial vaults? It’s suspicious at the least.

Some of the sites maintained as FEMA camps are supposed to be able to house as many as 20,000 people. But that’s housing them in rather crowded circumstances. I’ve been in a couple of these, which are commonly used as reserve training centers. They can comfortably hold about 1,000 to 2,000 people.

What that means is that everyone will be in crowded barracks conditions, perhaps separated by sex and age and perhaps separated by family. There’s really no way of knowing. But considering the left’s take on “gender identity” today, I’m pretty sure that it won’t be anything that anyone will like.

I can’t say for sure, but this could be part of the plan in using these camps as reeducation centers. One of the more effective ways of brainwashing people is to put them under a lot of stress. Depriving people of the comfort of their families and thrusting them into crowded conditions are two clear ways of doing this.

Families Can Be Separated in FEMA Camps

As I just stated, families are very likely to be separated in these camps. The leftists in the government, as well as other organizations like the teachers’ unions, have already stated that the children belong to the government, not to their parents.

Taking those children away from their parents is a key part of indoctrinating them.

It also allows FEMA the opportunity to use the children as hostages for the “good behavior” of their parents.

Whether this means that good behavior will be required so that parents can see their children, or it means that some overt threat will be used is something that we’re going to have to wait to see. But it is clear that there are many advantages to a tyrannical government in separating families.