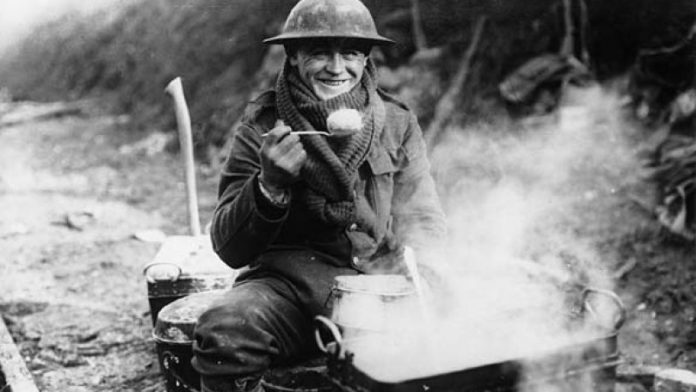 Sing me to sleep, the bullets fall
Let me forget the war & all
Damp is my dugout, cold is my feet
Nothing but biscuits & bully to eat.

Popular soldier’s song, circa 1918, recorded in the diary of Archie A. Barwick.

Thirty-two world nations were called to arms in the First World War or what has traditionally been called THE GREAT WAR. The war cost the nation more than 16 million of its inhabitants. It’s hard to imagine that anything like this could have happened so recently, and we sometimes forget about the costs.

Such huge armies needed to be fed for several nations to deal with giant warring, trench fighting armies. Soldiers weren’t given a chance because they weren’t fed daily. The effort to pull this off was no easy feat in a war zone. The kitchen of the battalion bore immense responsibility and John Monash best points it out in his description of their work.

John Monash pointed out: “It takes a couple of thousand men and horses with hundreds of wagons and 118 huge motor lorries, to supply the daily wants of my population of 20,000. With reference to food we also have to see that all the men in the front lines regularly get hot food – coffee, oxo, porridge, stews.”

The kitchen of the battalion was an appallingly simplistic model that had to be ready to travel with the wars. When these areas were shelled then it would be days or weeks before the sustenance would be supplied to the fighting force. In this trench type warfare, this was a disturbing fact of cooking.

All the cooking had been done in two large vats. Such vats were washed on the go and sometimes cooked many things a day, as well as boiling tea water. Which meant that many of the soldiers who smelled like vegetables would have to deal with tea.

It also meant cross-contamination and illness borne by food was common. Forget about treating allergens, dysentery was a normal occurrence in these camps, with which soldiers had just learned to cope.

The problems of foodborne disease and hygiene in the trenches are well known in soldier diaries. The lack of food protection and personal hygiene in these battalion kitchens brought in whether they knew it or not much of the illness.

So what types of foods did these wartime survivors eat and make during The Great War? 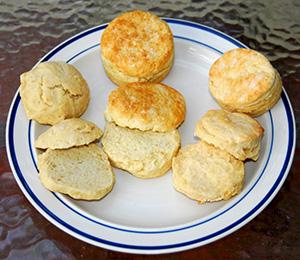 Egg biscuits aren’t the fluffy, flaky baked biscuits with an egg omelet you’re dreaming about. These were British biscuits that meant they were more like a cracker or a cookie. Because of resource tightening, I do assume that sugar was used sparsely and these were probably only a step up from the rough tack our soldiers of the civil war eat.

This canned corned beef was part of the military ration of the troops, and was widely hated by the troops. When the kitchen battalions were attacked, supplies delayed or if other combat conditions disrupted the supply of food it forced the soldiers to break through their rations.

These were not permitted to open until it was announced by the military commander. Sometimes, they can only eat these rations for days at a time.

Related: Back to Basics: How to Stockpile Food for Emergencies

In the trenches, the soldiers got imaginative. Bread would arrive late days or weeks, and would be too old to eat. The soldiers took matters into their own hands, rather than throwing the bread at the enemy. They would take potatoes, onions, sultanas and cook them in a sandbag to make a chewy stew, sandy stew.

In 1916, there was a shortage of food, which greatly influenced the WWI Trench Fighter menu. The soldiers’ diet went from poor to worse, and they often didn’t feed at all. 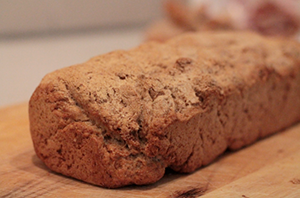 This dried turnip bread was made from the flour of ground up dried turnip roots. This bread is so outdated, I have been trying to find even a recipe for it. I’m sure the meal based bread was hardly a replacement.

This introduction is a reminder to me of the value of keeping these basic ingredients and being able to adapt if you run out.

There were times when shipments of supplies did not make it to the kitchen in time for the battalion. This forced the soldiers who worked these kitchens to function on their feet and find ways to create food from the nearby forests that were rising.

Stinging nettle soup was one common dish. For those of you who practice foraging, you know that if you grab any of it when it’s raw, the stinging nettle or 7-minute itch can be a major problem. When it is cooked, however, you have a nutritionally packed fibrous green vegetable.

After a day of battle with opposing armies, dried peas and bits of horsemeat would have been a significant low point for the troops. While writing myself I considered the source of the horsemeat and thought about horses from enemy factions. 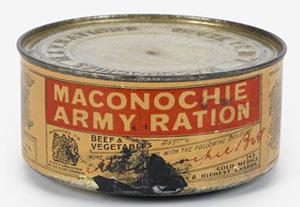 his stew was made of turnips, carrots, potatoes and large chunks of beef. The soldiers despised this soup and in the popular quote by an unknown soldier the stew was summed up perfectly.

“Warm in the tin, Maconochie was edible, cold it was a mankiller.”

There was little to no understanding of such things as nutrition and illness borne by food. Personal hygiene practices were not a concern in a battalion kitchen and would be almost impossible. This meant that the food quality suffered, therefore, the solider’s health did likewise.

Of the 16 million people who lost their lives in the Great War, I can’t help but wonder how many died from poor food preparation and spoiled eating. That’s not to knock on battalion kitchens performance. These soldiers have stood up to impossible odds.

This health and nutrition is a reminder to the prepper and survivalist, as well as quality, food doesn’t change just because you’re fighting for your life.