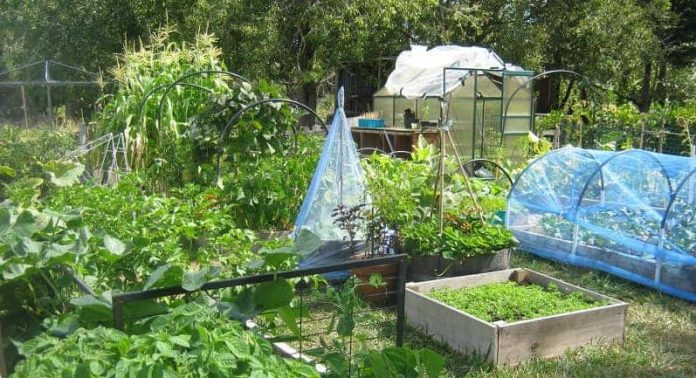 Whoever came up with the idea of gardening, way back in the caveman days, surely did a favor to those of us who live a life of disasters preparedness. While the idea of having a stockpile of food and other supplies is perfect for short to medium-term survival situations, the true long-term survival situations, those which we refer to as TEOTWAWKI events, will surely require us growing our own food.

Have you really thought of what that will mean? Most of us plan on relying on gardening in that situation. While I have no problem with the idea of gardening, I have to ask if the gardening we have in mind is going to be enough. Will it provide us with everything we need?

There has been a trend for years in the nutrition industry to push us more and more towards vegetarianism. The idea of living off of nothing but vegetables probably appeals to people like this, but that doesn’t necessarily make it right. While vegetables may be great for providing us with a variety of necessary micronutrients, they aren’t known for providing a lot of calories. That’s why people on diets tend to eat a lot of salads and other green leafy vegetables.

Yet, if our survival diets are going to be limited to what we can grow, we’re going to need to get those calories somehow. Micronutrients are great, but they don’t provide the calories for our bodies to burn. That comes from carbohydrates and most of the carbohydrates we eat come from grains.

There’s a problem with that though. Few of us are thinking of growing much in the way of grains, just vegetables. Grains take a lot of room to grow, more than most of us are planning on using for our gardens. But without those grains, where are we going to get enough calories for our bodies to consume, allowing us to do the work of survival?

Fortunately, there are some vegetables which do provide a fairly high amount of calories. They’re not going to energize you as a chocolate cake might, but they will provide you with enough energy to keep going. So, it’s important to make sure that your survival garden has a goodly amount of these energy sources as well. 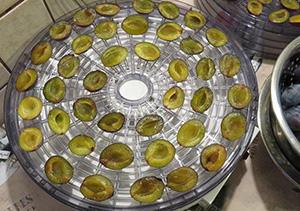 Fruits are usually higher in calorie than vegetables. That’s because pretty much all fruits produce fructose, a type of sugar. They are also good for some sorts of vitamins. In addition, fruits are known as a good source of fiber, which is necessary for the gastrointestinal system.

Fruits can also be preserved, whether it be by canning or by drying, making it possible to harvest your fruit and have it last all year long. When you don’t have cookies and junk food to eat, that fruit is going to provide the “sweets” your family craves, all because of that fructose. 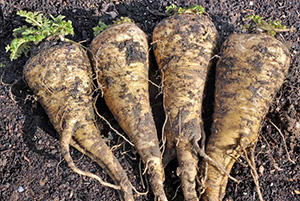 If we limit ourselves to just actual vegetables, we find that most of the big calorie holders are root vegetables. This should be obvious to us, considering the number of potatoes we eat. Potatoes are the side-dish of choice, served in all of our fast-food joints.

Related: 10 Survival Crops You Can Grow Without Irrigation 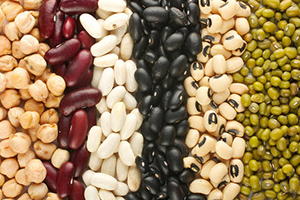 Beans are already a favorite survival food to stockpile, because they are a good non-meat source of protein. Well, they’re more than that, as beans are a great source of calories as well. As with grains, you’d probably need to devote a large part of your gardening to beans, in order to have enough; but at least they’ll provide you with lots of calories.

Another nice thing about beans is that they are relatively easy to grow and there are lots of varieties of them. They can be used fresh or dried, which serves very well to preserve them. Dried beans, like grains, have been found in many ancient tombs, left there as food for the spirit as it passes through the underworld. Better that we eat them in this world.

Of course, there are many other things which fall into the general category of vegetables, which aren’t root crops or beans. By and large, these don’t provide as many calories; but some will surprise you. You just have to realize that you need to combine these with other vegetables and not just depend on them alone for all your calorie needs.

Corn is one of the best. Depending on whom you talk to, corn is either a grain or a vegetable. Either way, the whole kernels of corn will provide 185 calories per cup. Corn is relatively easy to grow too. It is pollinated by the wind, so never try growing corn in just a row. Rather, plant an area, so that the wind can drive the pollen from one plant to another.

Squashes are pretty good as well; although not as high calorie as root vegetables.

One nice thing about these squashes, like the root vegetables, is that they store amazingly well, if kept in a cool place, like a root cellar. So, unlike some other sorts of vegetables, you won’t have to can them, merely have a root cellar to keep them in.